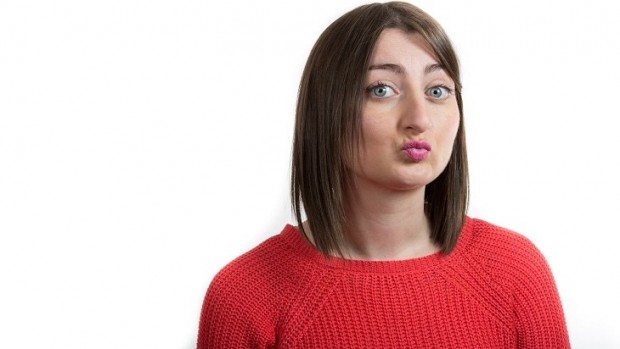 Sonia Di Ioro is ‘the weird girl’. She presents us with an account of her run-ins with nasty teenage girls, boys, disaster, and subsequent self-loathing, which, in De Iorio’s case, usually involves nachos and sambuca.

Starting life off as a shy girl Di Iorio explains her non-intuitive attraction to the stage. We hear of the effect of her Catholic upbringing, her first crush, life in Geelong, and the parties where her resilient relationship with alcohol began. We hear of the many years of singledom she’s endured, and the agony of having to console friends in relationships.

The show isn’t offensive, or poorly structured. Di Iorio structures her narrative well around the journey from the first time she held a microphone, and draws conclusions from how those dramatic words of bullying teenagers have shaped her life. She’s enhanced her story with audio-visual glimpses into her childhood; adding authenticity to her narrative and supporting the story arc to the point we meet De Iorio.

The problem with Di Iorio’s tale is that it just isn’t very interesting. De Iorio will have you believe that she’s wacky and weird; when her tale of drinking, heartbreak and frustration of being single is a very common experience. If the show has a strength it is that almost everyone can relate an almost identical story to her own. Claiming to be quirky or weird, particularly among shows at this festival that genuinely re-define weird, is unconvincing. Also, De Iorio, claiming to be ‘undateable’, then follows with story after story of men who are interested in her. This contradiction created an unstable base for the narrative.

Don’t Kiss the Weird Girl is on at the Imperial Hotel until April 19
http://www.comedyfestival.com.au/2014/season/shows/don-t-kiss-the-weird-girl-sonia-di-iorio