We’re half way through 2014 and the live comedy landscape which is ever evolving has been gradually changing in Melbourne. Some comedy rooms have closed (or are Winter dormant – it can be hard to tell) and new ones are opening, so I thought it might be pertinent to highlight some new venues popping their heads up around town.

We are lucky in Melbourne to have a good stable base of established rooms that have been around for many years giving performers and punters regular spaces to get their comedy fix. It is always a good thing though, for a fresh outlook, either with a new concept or even an old one re-opening in a new space. It can encourage new audiences and inspire new performers as well as new ideas amongst old performers and gives us all new places to play.

The hard part is keeping track of them. Our Keeper of the Lists Colin, does his best, putting hours of work into hunting down info on comedy rooms but it seems to us that some room producers would prefer to keep their rooms secret with very little on-line presence or out of date/scant information. Sometimes we only hear about a new room because a performer tweets that they are performing there and it’s very rare that anyone announces when a room is closing. This is why we mostly concentrate on Melbourne rooms. I know the list below is not exhaustive and the best information can be found on the gig guide drop down menu above. If you are planning a comedy night out on the town check out Colin’s work on our comprehensive Comedy Gig Guide. If you know of a room not listed feel free to let us know!

Meanwhile these are some of the new- ish rooms happening around Melbourne we wish them all great success. 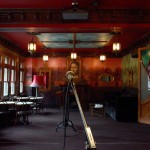 In a classy café [sounds like the very roots of comedy in Melbourne back in the 70s.] You can have cocktails or dinner here too.

Monthly – Last Tuesday of Every Month from August 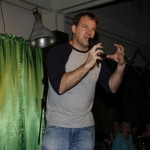 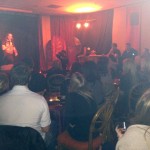 With an islander atmosphere and Mai Tais in Richmond. 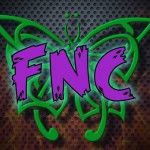 “Comedians battle for the ultimate comedy championship. Everyone in the audience can take out their phone, log in to a super-secret website, and write stuff that goes on the projector screen behind the comedian.” definitely something different… 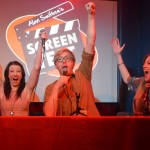 Two teams of comedians compete to show off their film and television knowledge – live and uncensored. Recently moved to the gorgeous Butterfly Club now in the heart of the CBD, down one of those famous Melbourne Alleyways. 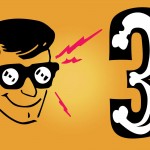 With different line-ups each month including: Sketch, Improve and Character comedy. 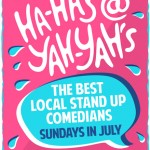 Standup at what is an inner city music venue that has presented comedy festival shows in the past. 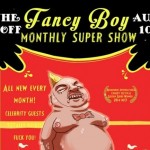 If you’ve seen the Fancy Boys you’ll know that they are smart and they pull no punches also – no money will be refunded to walkouts. The team were the hot ticket for those in the know at Melbourne International Comedy Festival in 2014 and won The Golden Gibbo Award. Toff in Town is a beautiful little music-hall theatre styled venue in the CBD with tiny round tables up the front with candles on them, a bar and food nearby. 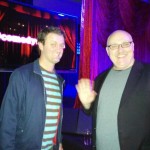 The Winter season has just finished with astonishingly good, tight line-ups and packed audiences every week.

Weekly – the next season will be starting in October