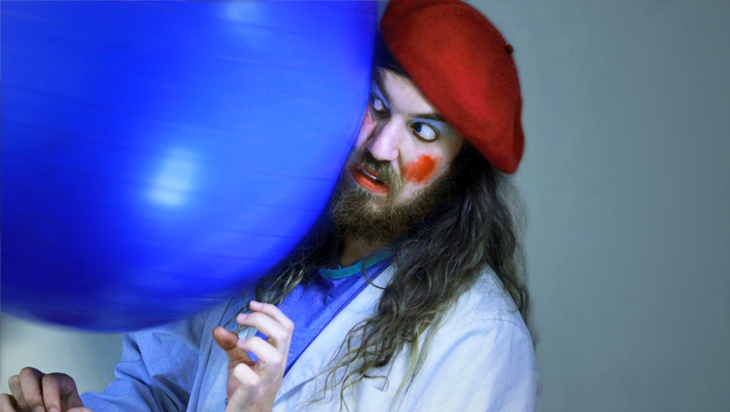 1. It’s interactive, but not in the frightening ‘OMFG DON’T LET HIM LOOK AT ME’ kind of way. More in the ‘I USE THE AUDIENCE TO CREATE UNIQUE MOMENTS FOR THAT PARTICULAR NIGHT’ and ‘OH COOL WE HAVE ALL THE POWER’ way.

2. It’s extremely fun. Less fun than the first time you tried a Nintendo Wii, but more fun than the following activities:
Being stung by a bee/bees
Staring into the sun for 6 minutes because your older cousin Jake convinced you it’s good for your health when you were four
Waiting for your indecisive friend to decide between a Pad Thai or a Chilli Thai Basil Beef Stir-Fry at your local Thai restaurant
Food poisoning
Rollerblading on a gravelly surface

4. Once, during a performance in Edinburgh, I made a girl laugh so hard that she had to be hospitalised for rupturing something in her stomach. This sounds made up, but isn’t, and though I feel awful, I also feel powerful for using the power of comedy to hospitalise someone. She’s fine now.

5. It’s a unique, interactive, funny, bizarre, original and fun experience. If everything goes according to plan, and occasionally when it doesn’t (because it mostly doesn’t) then you should leave with sore cheeks from laughing. Comedy is subjective though, and you may not like my show. I’m honest like that. In that sense, it’s like gambling. You can put $23 on red at the local casino, or you can take a $23 punt on a maniacal idiot. Either way, you’re probably not getting that $23 back. Thank-you for your time and have a prosperous life.

DR PROFESSOR Neal Portenza performs his Catchy Show Title at the Melbourne Town Hall
For Bookings and information go to the website:
http://www.comedyfestival.com.au/2015/season/shows/catchy-show-title-dr-professor-neal-portenza-s