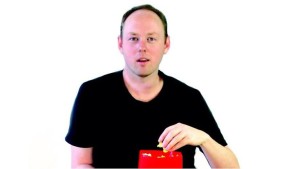 Peter Jones promises a Comedy festival show about his love of movies and he delivers with a solid funny hour about his life and how movies have affected it and vice versa.

Peter jokes about having a ‘nice’ face but the lovely thing is that it accords with his affable accessible stand up style. We learn about his background growing up in the rough western suburbs of Sydney but that his home was more like a homestead with a menagerie of interesting animals. His dad tells dad jokes, but more importantly is obsessed with giving him movie ideas. Unlike some festival acts who shoehorn a theme into their rope, Peter keeps the movie theme to the fore, using his own life as a sort of mise en scène for the main action.

Movies are rich pickings for comedy but Peter doesn’t come across as an obsessive film nut, if that’s what you are hoping for. Most of his references are pretty recent with a vague bemused nod to Australian’s film renaissance of the 70s and nothing of the Golden Age of Hollywood. This was especially obvious in a bit of harmless audience participation where he struggled to work with the audience suggestions he asked for. If he’s going to play a game with the audience about Aussie 70s movies then he should perhaps have a greater knowledge of them. Still it’s a bit of silly fun that went down well. It doesn’t diminish his obvious love of movies and his comic relationship with them.

Peter has some great tales to tell about a strange experience he has seeing The Bucket List, finding himself as an extra in a film, the joys and horrors of the video shop, and his unashamed love of romantic comedies. This led to an impressive feminist bit that you don’t see in too many male stand up routines. He also had a cracking dig at the state of current Australian cinema which had the audience guiltily falling about.

Peter Jones is a very fine stand up and The Book Was Better is certainly better than a lot of crap films that come out at your local Cineplex.