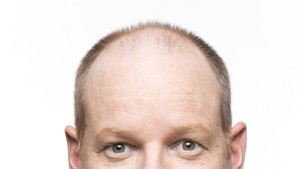 With years of working in the Australian media and on the standup circuit, you know what you’re in for when you watch Tom Gleeson perform. A tightly written hour of brilliant standup comedy.

Gleeson got off on the right foot by warming up the crowd with some funny banter with the poor souls that made the rookie mistake of sitting in his line of sight at the front. He’s not afraid of starting with a little back and forth with the crowd as a way of reassuring everyone that he knows what he’s doing on the stage.

As he got into his show, he made it clear that family would be a key theme of his show with the announcement that he’d just added a new baby boy to his family.  When he’s not working in comedy, he’s clearly a dedicated family man and discussed slice-of-life issues almost everyone could relate to. He also brings his extended family into the mix and it’s worth the ticket price of the show alone, if you just sit through the riveting story relating to his mathematician brother.

He’s a gifted storyteller meaning that he’s able to set the scene, engaging the audience, before switching on his comic hat and finishing with the punchline. Be prepared for a bit of blue language in the mix which adds some power to his punchlines. He had the audience laughing throughout the hour long show so they didn’t seem to mind.

Tom Gleeson can sell a show with his name alone. He is a polished performer at the top of his game, and will no doubt continue to be a staple in the Australian comedy diet for years to come.