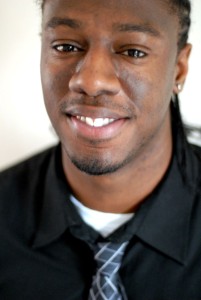 This was a very relaxed hour of chat and stand-up from Nathan who is a dab hand at mixing the personal with the political. He tells a number of stories about still living at home with mum, the problem with the “n” word, religion in comedy, racism (I found it very strange and interesting that more people were prepared to answer when Nathan asked if anyone had been called racist than were prepared to say anything when he asked if there were any people of faith in the room) and of course straight out politics. Just after Nathan had mentioned Donald Trump and the possibility of Boris Johnson becoming prime minister if David Cameron does resign, I realised this would be a sure sign of the apocalypse, especially if Tony Abbott manages to cling on in Australia. Be warned, people.

Nathan is the only comedian I’ve seen in Edinburgh who gave vent to the new 5p cost of plastic bags in Scotland. Wales and Ireland have had this for a couple of years but I can see a civil war when they try to introduce this into London. There were also a few mentions of his disappointment over Bill Cosby which he referenced along side Rolf Harris, unfortunately this was without making it clear that their crimes are quite different.

The room was a medium size but very hot, especially with the heat lamps trained on the audience before the show started. Bring a fan and a bottle of water.

It was a lovely friendly hour of comedy from Nathan and he made a very entertaining host. Highly recommended.