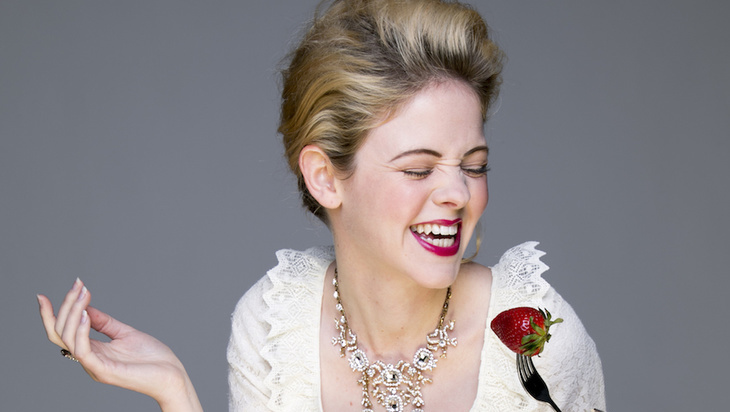 1.    It’s a hell of a lot cheaper than actually going to Paris:

It’s been a lifelong dream of Tegan’s to visit La ville de l’amour, and in The City of Love she’ll take you there with her totally wonderful mouth-words (which is kind of the same as going on an actual holiday but you don’t have to stop over in Kuala Lumpar to experience it)

2.    Tegan answers the long disputed question… Why does Paris smell like wee?

Because it does. It really does. And Tegan has figured out why.

The City of Love marks a decade of Comedy Festivals for Tegan. And after a limited preview season, many agree that Higginbotham is most certainly at the top of her game. So make sure you catch The City of Love, because going by that logic it’s all downhill from here.

4.    It’s her Birthday on the 25thof March and she’s putting on a special Birthday show.

So… you know… you’re kind of a monster if you don’t come.

5.    She doesn’t talk in third person throughout the show…

Unlike here, where she’s clearly trying to create the illusion that someone else has had a hand in putting this list together. They haven’t. It’s Tegan writing this. Hello.

So I guess I should finish by adding, on behalf of Tegan, that she’s had a hell of a fun time putting this show together (In fact, it’s her favorite show yet) and she’d love for you to come along. That said, she’s also aware there are some other great shows on this year from comedians including (but CLEARLY not limited to) Liam Ryan, Victoria Healy, Justin Hamilton, Rama Nicholas, Nath Valvo, WATSON (a group with which she has absolutely no vested interest), Laura Davis, and Sammy J & Randy. More than anything, just make sure you have a good Festival.

Nameless Individual (who is definitely not Tegan)

Tegan Higginbotham performs The City of Love at The Greek Centre