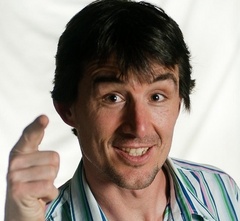 2. Because there’s a Pre-Show Guided Tour podcast. Once you’ve got your ticket you can download the podcast from www.mickneven.com.au and it guides you from Melbourne Town Hall to the venue. It features commentary from guest comedians and instructions on how to get a free James Squire Golden Ale.

3. Because you get a free James Squire Golden Ale. Seriously! Get a ticket, get the podcast and get a free beer on the way to the show.

5. Because my kid wants a bike and if you don’t buy a ticket you’ll be breaking a little girl’s heart. 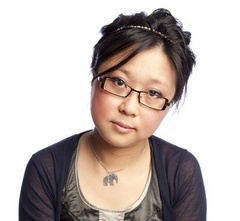 2. Location: Ouch & Other Words is on at the Forum Theatre. If you’re already nearby, this location will be very convenient for you. If not, sadly it will not be.

4. Content: Ouch & Other Words is stand-up comedy about First Aid and some other things, such as being bookish and observational and anxiously optimistic. This may be of interest to you.

5. Guarantee: If you hate my show, I will sit in the dark and watch you talk for an hour. 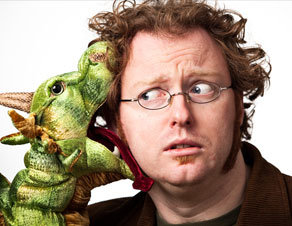 1. I have super powers: due to a mutation on my sixteenth chromosome I have slightly increased pain tolerance, a resistance to anaesthetics and extraordinary ginger mutton chops.

2. You can get your nerd on: who else will be making jokes about science (The Peer Revue), games (Pop Up Playground and Late Night Dungeon Crawl) museums (the Melbourne Museum Comedy Tour) and puzzles (Late Night Letters and Numbers)?

3. We will rock you: whether you want to be rocked by the music of Queen (Somebody To Love) or learn how to properly rock out yourself at karaoke (Karenoke), we’ve got you covered. (Fame and fortune not guaranteed.)

4. You can get involved: why annoy your fellow patrons and comedians by heckling in other shows, when you can come to Dungeon Crawl or Pop Up Playground and be invited to participate in the fun? And all from the safety of the audience!

5. I’m a terribly nice man: I was described as the anti-Hitler, don’t you know?