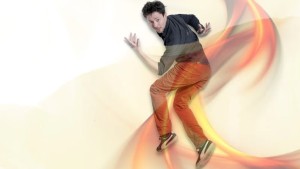 Despite being on the local scene for the past few years, this is the first time I recall seeing John Dore in action. Starting off in Perth before moving to Melbourne, he has honed his stand up skills to an exceptional level to produce this slick and hilarious hour of meat and potatoes stand up that does away with themes, gimmicks or an answer to a moral dilemma.

Dore’s stock in trade is observational humour about the annoyances and eccentricities of modern life. There are a few moments were he goes into some dark and slightly grotesque areas but his cheerful stage persona makes everything palatable, even to the most sensitive of souls. He’s such a nice guy that recalling whether he cusses during the show is difficult.

He covers a broad range of topics. From stories of his Dads lax parenting to anxieties while driving; from workplace etiquette to David Attenborough documentaries; the topics are nothing particularly ground breaking but he relates them to his own experiences and comes at them from slightly different angles to keep things unique and interesting. His material is lean, efficient and constantly hits the mark.

To break up this hour of John talking at you he poses the odd question to the audience, however it is sometimes unclear whether these are rhetorical or he genuinely wants an answer. He always has the script to get back into but when he does respond to an answer it isn’t always with an off the cuff quip that adds to the routine.
What I found most impressive was how expertly the set had been put together with minimal jarring leaps from one topic to the next. He keeps the monologue flowing perfectly and resists the urge to shoehorn in a killer bit where it didn’t logically belong. Bravo Sir!

If you’re looking for a solid hour of hilarious stand up with no extraneous fluff, John Dore is your man.