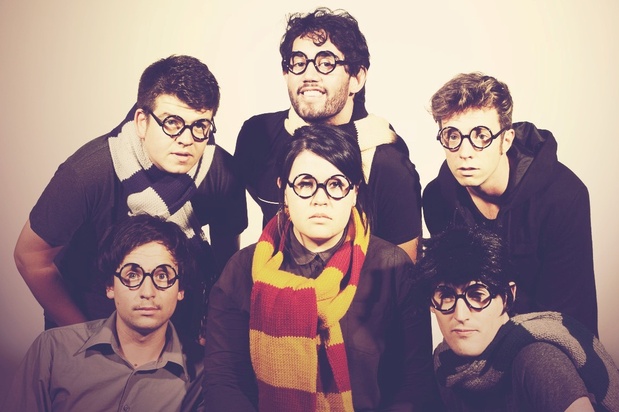 Wil Anderson was smart enough last year to spot a bunch of funny young comedians with the fabulous concept of performing fan fiction live and organised to get them over to Melbourne to share their passions with us. After a very successful run they are back this year and if you know what it’s like to be really into something so much you want to share that love with other people you’ll love this show. Each show is different, with different stories and different special guests, so there are no spoilers here.

Fanfiction comedy has some special one-topic nights such as their Harry Potter night which is great for Harry Potter fans, but generally it’s a bit of a Pot Luck with every performer bringing their own taste to the table. Luckily, even if you are not familiar with one performer’s passion, the stories are usually entertaining for everyone. There are two guest comedians in each show of five stories and we were lucky enough to have Justin Hamilton and Claire Hooper.

Justin, with absolutely no surprise to anyone who knows anything about him, brought us some Dark Knight fan fiction and dark it was too. The joy was barely contained as he made himself the hero in his tale of The Silent Knight. He had the music from the film playing gently underneath his reading at the perfect sound level, He seemed to rush a little, out of excitement perhaps or in that way a nerd rushes to tell you about what they love because they are a little worried they might be boring you and you’ll turn away. Perhaps he was worried that he was playing it straight rather than for laughs. But thankfully there are no rules at FanFiction. As long as it’s entertaining and that it certainly was.

Claire Hooper was a revelation with her sexy Lord of the Rings fan fiction playfully milking a lot of the double entendres with wide-eyed feigned innocence and perfect timing. Claire put a character in the action that sounded remarkably like herself and when it got hot and heavy, it was cute to see Hammo blushing in the background. The story was a hilarious romp from start to finish and Claire had everyone, especially the Lord of the Rings fans, in fits.
The other three storytellers were from the New Zealand team and they were all bloody fabulous too. Joseph Moore did a Rom-com satire using Transformers. Optimus Prime as the hero in a love triangle with Megan Fox and Megatron. The story was littered with funny and clever asides about transformer behaviour and their social etiquette.

Heidi O’Loughlin took us by surprise with some cleverly crafted chronicles about the Nokia mobile phone game of Snake 2. Snake was given a winding backstory that led beautifully to his inevitable ending.
The final fiction was about Harry Potter as told by Tom Furniss who was not a fan of the Potter world. Although it failed in fawning to the dyed in the wool Potter fans, it succeeded as an anti-homophobia fable. It also proved that Fanfiction might often be about children’s fiction, but you probably shouldn’t bring children along.

The host of the hour was the charming Eli Matthewson and there were two judges Joseph Harper, and Steven Boyce on the sidelines giving their thoughts to proceedings, though they seemed fairly unnecessary because the audience were the ultimate judges and they pretty much enjoyed everything.

This has been a popular addition to The Melbourne Comedy Festival scene and the regulars have been making a lot of new fans. It’s also another way to see some of your favourite comedians having fun away from their own shows. Everybody puts their heart and best effort into it and it pays off for performers and audience alike. Best of all Hammo will be returning each Sunday with parts two and three of his Dark Knight Trilogy.

Fan Fiction Comedy is on at the Victoria Hotel
http://www.comedyfestival.com.au/2013/season/shows/fanfiction-comedy 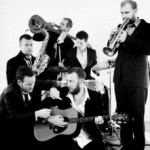