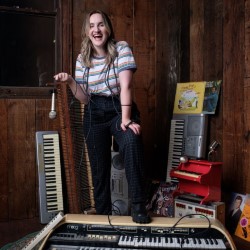 Excellent debut Fringe show from Gabbi Bolt, in which she did a little dancing, snazzy banter and a lot of very funny songs.

Gabbi is fresh from being the word of mouth break out star of festival season downunder and winning Best Newcomer at the 2022 Sydney Comedy Festival. Her keyboard songs and stories are whip smart, gaspingly funny and cover a vast amount of ground. From the angst of climate change, living in a small town (Bathurst, before she moved to Sydney), the danger of responding to crazy people on one’s webpage (what DO conspiracy nuts do if their parent’s house doesn’t have a basement?), to the joys of children, the audience loves it all. I have to say my favourite was the one about a certain breed of gentleman who has a tendency to carry an acoustic guitar to parties in order to impress the ladies with his “heartbreakingly original” songs.

The show ran for just over 50 minutes and the appreciative audience are comfortably seated in a cabaret style (to which they kept having to add more tables and chairs after I took my picture as the room filled – word of Gabbi’s talent is clearly already spreading!) It’s a spacious room with an awesome sound system, a bar at the back of the room, and a little courtyard out the back for post-show relaxing. All in all, an excellent afternoon show with lovely music and well crafted lyrics from a confident and assured performer.

I Hope My Keyboard Doesn’t Break by Gabbi Bolt is on at The House of Oz
https://tickets.edfringe.com/whats-on/gabbi-bolt-i-hope-my-keyboard-doesn-t-break 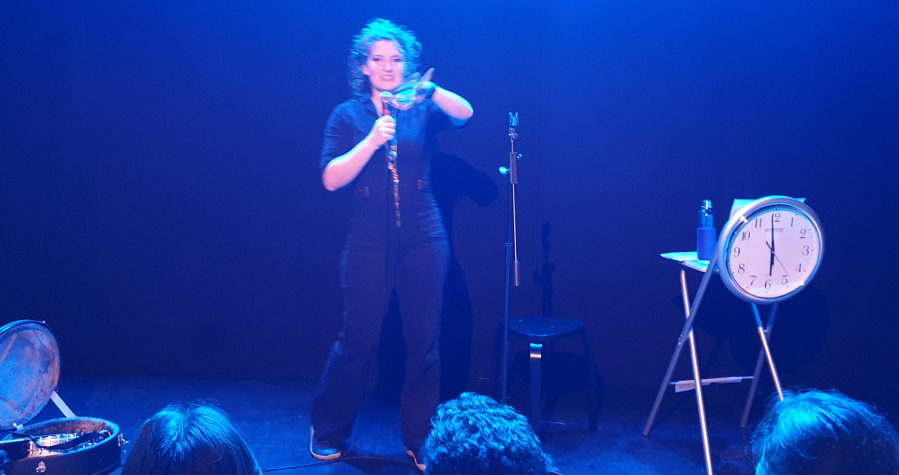 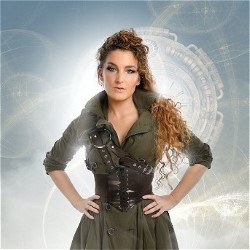 As we file into our seats, Alice is sitting on the stage chatting to audience members and being very sociable. It certainly gives a captivating first impression of the comedian who exudes warmth and a cheery welcome.

To officially start the show, Alice sings a  delightful little song accompanied by her trusty banjo. After enchanting us with her musical comedy skills, she proceeds to impress us with her take on the ways in which the coronavirus and collapse of live comedy affected her (a very popular topic this year) and indeed this very show, which premiered in Glasgow in March 2020 before being locked down. She riffs on the limitations of Zoom comedy shows, and the dangers of a regular topical news comedy podcast (you may have heard her on The Bugle or The Gargle), which had me empathising strongly with her description of the horror of having to read all the newspapers all the time as a part of one’s job. Chronos is not all harrowing news though, Alice is a master at finding humour in the horrors of life.

Alice then takes us back in time and through the chaos and joy of the process of creation, of being inspired by the people on her train up to Glasgow from London, as she tries to write this very show in four hours while they distract her. We meet some really entertaining and hilarious characters that she describes in great detail. Alice works her way back further in time into more personal spheres describing the strength shown by her mum, the importance of connecting with other people and her struggles with whether she should help create the next generation of humans.

Alice is a seasoned performer with an assured professional delivery, genuine charm and some killer jokes. Mesmerising us with intelligent comedy that is gathering an appreciative following of fans, she also has a way of subtly giving the audience ideas to think about once they have stopped laughing.

Chronos is on at Gilded Balloon Teviot
https://tickets.edfringe.com/whats-on/alice-fraser-chronos 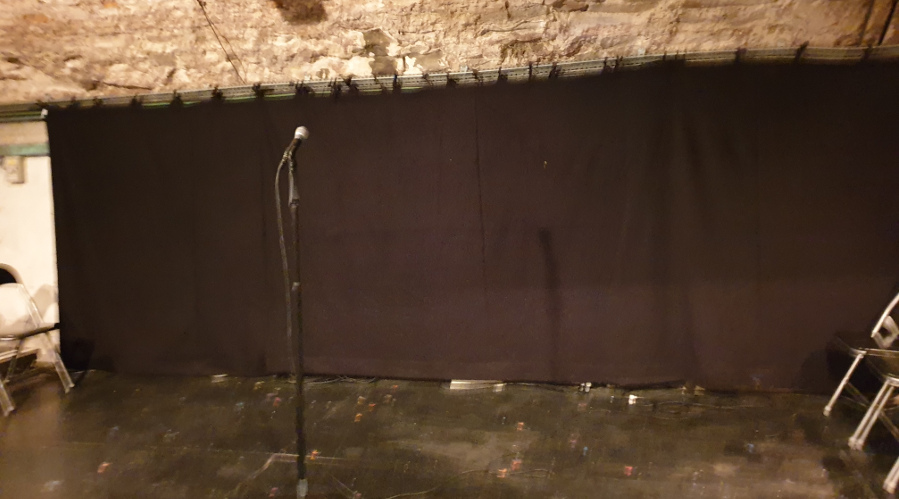 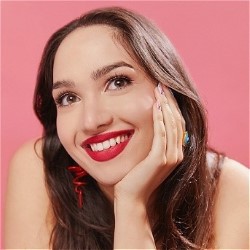 The poster for Bella’s show has her looking all winsome and sweet, but don’t be deceived. Bella has very strong views, using very strong language, on what she deserves in life and is determined to convince the audience that having a dream straight out of Princess Diaries is perfectly normal, despite admitting to having no discernible skills, work ethic or ambition. hmmm. Maybe deep down she is fairly winsome and sweet after all.

As moments of darkness peek out amongst the stories of dodgy jobs, crazy parents (well, one crazy one and her mum), inadvisable romantic encounters and some twisted multi-tasking suggestions we sense that something deeper is going on. Bella loves taking the audience to unexpected places and her character work is so good you would assume she was a more seasoned performer. Babycakes is an ambitious performance with an engaging comic who has a bright career ahead of her.

Babycakes is on at Pleasance Courtyard 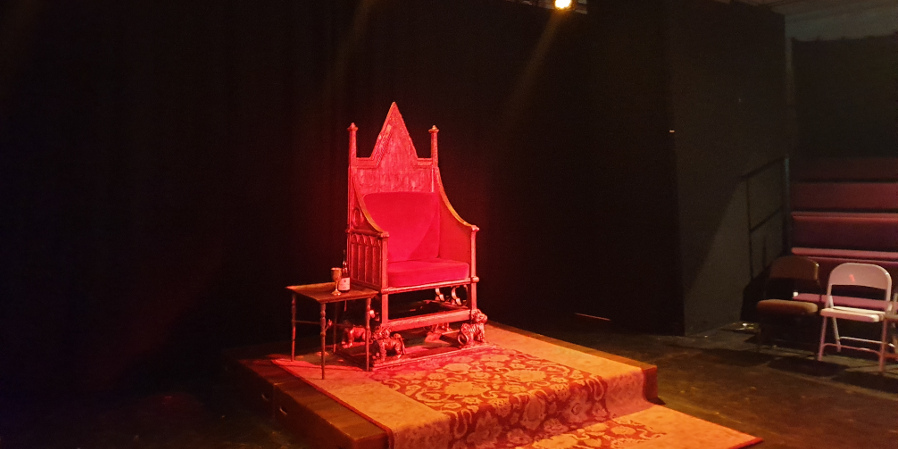 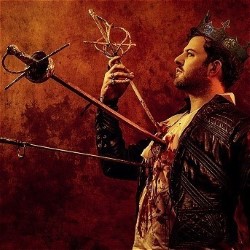 King Rodolfo is a sick and twisted dictator, who became king of an alternate 16th century England by killing his way to the top and, when we meet him, he is throwing a 20th anniversary party to announce his heir to the throne. as he only has one son, you would think that was an simple task. Sadly, things never end well for a narcissistic, licentious, bloodthirsty autocrat who delights in boasting of his misdeeds.

Ciarán Dowd won the 2018 Edinburgh Comedy Award for Best Newcomer with his character Don Rodolfo and this is a sequel of sorts. The charismatic swashbuckler takes us on his journey from low life scum to seizing the throne, which includes a ten minute description of how he managed to sneak into the castle in the most gross and disgusting manner. We meet his son and possible heir, a revolution breaks out, sword fights, murder, mayhem, very sick jokes, completely over-the-top acting, and so much more. The big finale is sure to surprise everyone.

Not a show for the easily offended, this was a crackingly good hour with a crazy megalomaniac and his friends as they weave a medieval tale of horror and degradation, with heads on pikes, dragons (sort of), violence, farting and some of the sickest imagery I have encountered so far this festival. Recommended, especially after a drink or two

King Rodolfo is on at Pleasance Dome 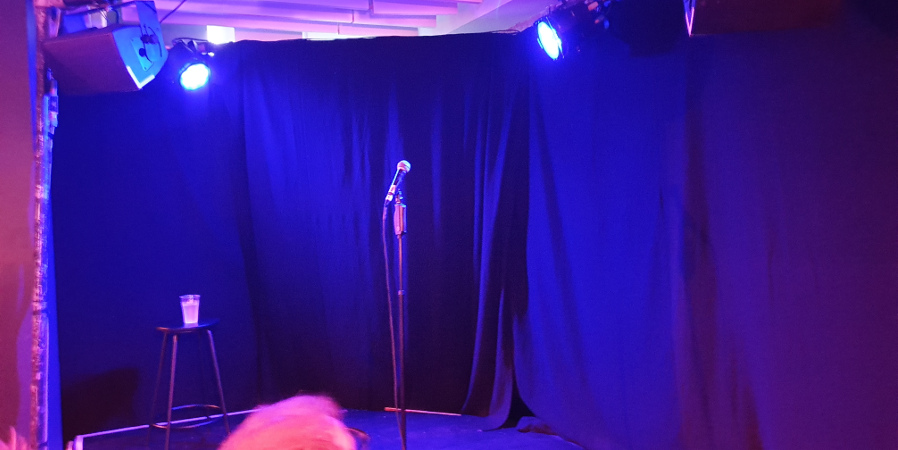 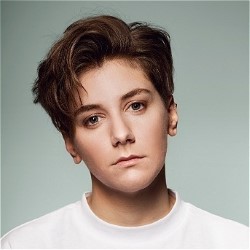 “Lost Boy” is about love, loss, lockdown and losing it. The fusion of the sad stories with comedy is done effortlessly and stylishly.

Sarah Keyworth has the capacity crowd enthralled by her journey through (financially draining) therapy sessions, falling in love with a long time friend, being repeatedly mistaken for a teenage boy, and losing a close friend and comedy muse. There are some brilliant, soaring jokes as well as a couple of gratifying groaners and a little chat with the audience about the habits of long-term couples. She revealed her original plans for a big opening which were scuppered by Covid, and gave us a truly rock and roll ending to the show.

Sarah may look like a weedy teenager but she is in actuality a seasoned and confident, powerful performer at the top of her game who should be seen and enjoyed by every comedy lover.

Lost Boy is on at Pleasance Courtyard
https://tickets.edfringe.com/whats-on/sarah-keyworth-lost-boy