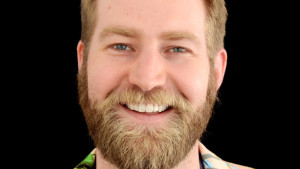 Chris Knight begins by recounting the tale of three comedians, Elron Hibbert, Jay Jay Jones and Anders Milkenbrote, shooting the shit after a gig. Discussing festival shows and the politics of the comedy scene, this is a story that appeals to comedians and comedy nerds so they can laugh at the ridiculous aspects of the industry. Things soon take an abrupt turn into science fiction territory; again this still appeals to many comedians as they love talking about nerdy pop culture (as Knight mentions and demonstrates regularly). What follows is a wildly inventive storytelling show with twists and turns, more meta quips than you can poke a stick at and plenty of movie references to satisfy the biggest film geek.

Knight deliberately lifts huge chunks of plot from well-known movies and thinly disguises them as something else. A lot of the show relies on the recognition of the films for its humour or uses them as puns; hence the title of the show.

Being a one man show, Knight certainly has his work cut out for him as he darts about the stage inhabiting each of the three main characters, even using a small platform when speaking as the tallest one. With a few props, that he is constantly picking up and putting down, and silly voices, he brings these wacky people to life. It eventually dawned on me that Knight’s half jacket / half shirt ensemble was costuming for two characters, not just some eccentric fashion choice. Each has a distinctive voice so following the dialogue isn’t too much of an issue.

Confusion may begin when the plot gets rather convoluted with only densely written exposition to explain what is going on. The fact that Jay Jay is especially thick and things need to be explained several times for the story to advance doesn’t necessarily help clarify things. This is such a dialogue driven text containing plenty of circular conversations that it feels like not a lot actually happens over the course of this play.

The narration is equally wordy which paints detailed descriptions of the scenes and almost reads as stage directions in a movie screenplay. Most of the action lives in the words rather than the acting of Knight, save for a few moments accompanied by great sound and lighting cues to add a bit more colour and movement to the show. Multiple flashbacks and flash-forwards give us back story for the trio and allows different angles to scenes which suits this story told quite well.

Despite a bit of clunkiness, Chris is a decent storyteller who keeps the audience rapt and chuckling throughout. If you’re up for a dense yarn of absurdity and an interestingly structured adventure this show is worth checking out.

The Title Is Quote Too Conceptual Question Mark Unquote is on at The Tuxedo Cat until April 11
https://www.comedyfestival.com.au/2017/shows/the-title-is-quote-too-conceptual-question-mark- 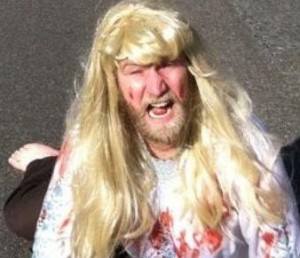