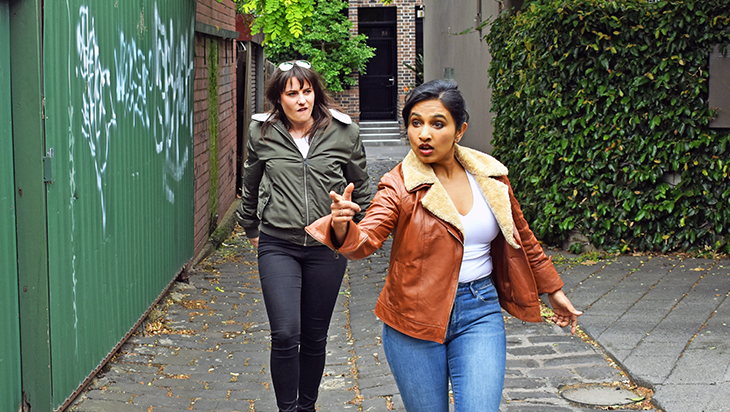 1. It’s the only show at MICF that perfectly combines cops, robbers, deceit, love, ballet and buffalos.

2. Cheese lovers will be in paradise.

3. Strap yourself in for lots of hardcore action, yet still suitable for toddlers and nannas.

5. Reeni is a 2020 Green Room Awards, Best Performer nominee; Fi is in the running for 2020 RAW Comedy. If they win, ticket prices for future shows will skyrocket, so check them out while they’re cheap and humble.

The One That Got Away is on at Tasma Terrace from March 24 to April 5
https://www.comedyfestival.com.au/2020/shows/inosha-and-de-rue 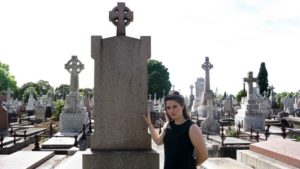 Seeing Fiannah de Rue’s show ‘It’s Not Funny’ made me want to go home and do one thing: Call the relevant industry Ombudsman and register a complaint of false advertising. Her show was NOT as advertised “not funny”, in fact it was as funny as it was sweetly nostalgic and touching. De Rue has put together a delightful show that tugs on the heartstrings as well as makes you chuckle.

A show about the death of her father doesn’t seem the fairest earth to attempt to plough for comedic content but de Rue’s personality shines through as she tackles the very real world problems of the passing of a loved one. The consideration of death as a series of administrative tasks is unexpected; for example the decision of which casket to purchase and the strange social faux pas that accompany that choice.

De Rue leads us all on a nostalgic look into her past, sharing anecdotes and an ardent love of Blue Heelers. She cleverly utilises minimal props and a high-energy almost zany amount of energy at times. She paints a vivid picture of herself as a child, and you get a sense of what made her the engaging performer you see before you on stage.

I suspect a few references flew above my cranium, and perhaps certain jokes would have landed better with context, but de Rue’s stage presence will definitely pull you past anything you miss. It’s Not Funny is a misnomer indeed; but as well as hilarious it is a gentle, moving performance of a daughter paying loving tribute to her father. 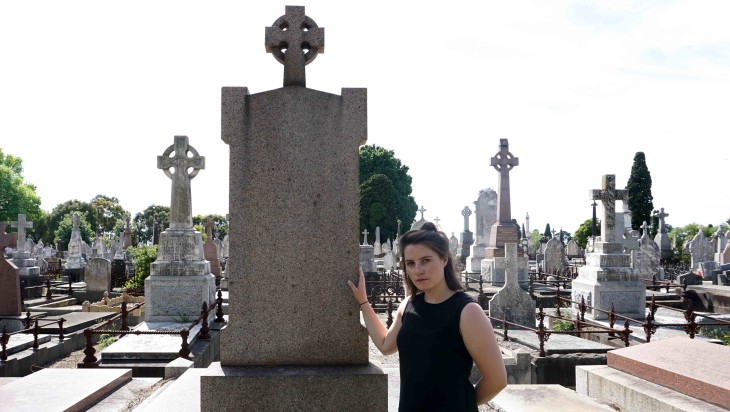 2. At multiple points throughout the show Fiannah will wear a silly hat and dance to JLo. Fiannah is not a dancer.

4. Because Fiannah is from Tasmania and so are other notable comedians such as Hannah Gadsby, Luke McGregor and Jacquie Lambie.

It’s Not Funny is on at Tasma Terrace from April 9 to 22
https://www.comedyfestival.com.au/2018/shows/it-s-not-funny 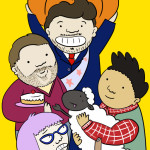