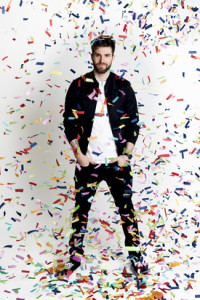 Starting out in comedy in 2007, Joel Dommett has been killing it in the UK, performing at the Edinburgh Fringe Festival, he’s been the face of MTV and most recently on the comedy panel game show ‘Break the Noise.’

In his Melbourne International Comedy Festival solo debut; Joel Dommett brings his show Conquer. A retelling of his romantic quest to find his dream girl. A woman he saw on the tube, who was the most beautiful woman he’d ever seen. However, when a communication mishap struck, Joel without knowing her name or number, leads a social media mission that reaches 5,000 Twitter retweets to reach out to find “tube girl”.

Dommett is a natural storyteller, drawing in the crowd with his tales of teen heartbreak, bad dates and quest for new love in the digital age. Charismatic and clever, he is easy to fall in love with.

In between the will he, won’t he find ‘tube girl’ saga, Dommett trails off in tangents offering up some of the biggest laughs of the show. The interwoven readings of his vulnerable, yet sassy teen diary entries are a memorable hit.

With his engaging narrative and observational style, the audience is invested and waiting on every word. Dommett reveals the differences between real life and film and explains why being ear kissed isn’t great. On this particular night, nearing the close of the show a woman in the front row upon Joel’s request gave him a cheeky ear kiss. Not sure if this changed Joel’s mind, but it somehow bonded the audience.

If you want a heart warming and funny show you could take your mum or anyone really too, see Joel Dommett’s ‘Conquer’. It’s easy to watch, I could’ve stayed for another hour.

Run to the Melbourne Town Hall’s Cloak Room to catch Joel Dommett’s ‘Conquer’. There are more details on getting tickets at www.comedyfestival.com.au/2016/season/shows/conquer-joel-dommett 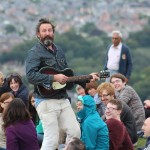 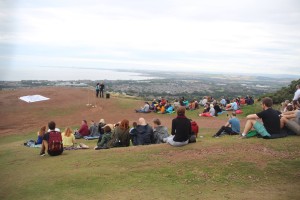