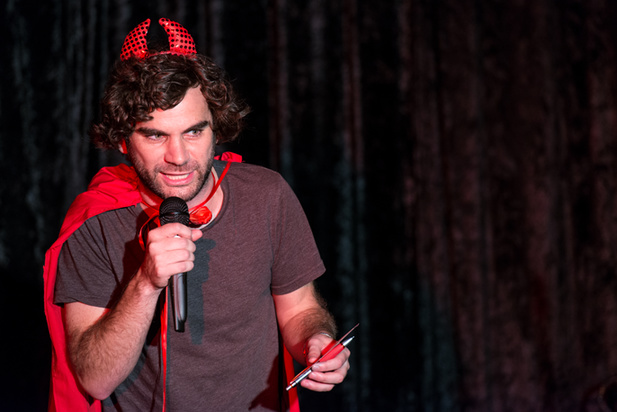 1 It’s on late so you don’t have to worry about getting home early and being all like “man I hate being home so early”.

3 All of the stories are completely true so you can totally judge the performers on all the crazy stuff they’ve done.

4 It’s hosted by Jon Bennett, one of Australia’s best storytellers. His past solo storytelling shows “Pretending Things Are a Cock”, “My Dad’s Deaths” and “Fire in the Meth Lab” have all been really good. Like, really good. He’s pretty a good host too. And he likes hugs.

5 It’s a show all about telling stories. And everyone likes stories. Who doesn’t like stories? No one. That’s who.

Sinful Stories is on at the Portland Hotel, 11pm Thursday to Saturday all throughout the festival. For more information and tickets visit:
http://www.comedyfestival.com.au/2015/season/shows/sinful-stories 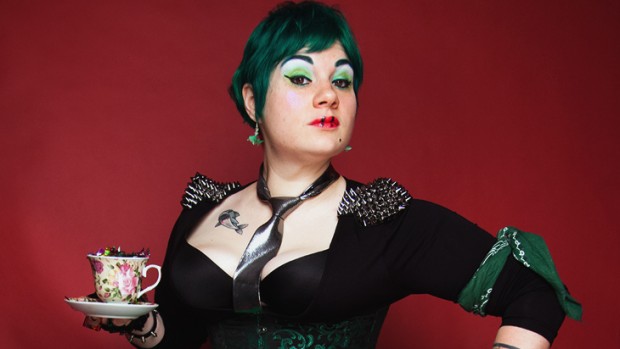 Lisa Skye presents a multitude of contrasts. Fierce yet friendly. Loud yet lovely. Dangerous yet disarming. Crude yet charming. Equipped with a dry wit and a serious expression yet constantly armed with pockets full of sparkles.

In this show Lisa invites you to tea along with several guests from the Comedy Festival. The format includes in part Lisa Skye’s life reflections from her life less ordinary. Lisa Skye’s guests share short performances with us, then Lisa Skye chats with guests and asks them quiz questions from a range themes from a board of erratic to whimsical themes.

On this particular night Lisa’s guests included the exceptional story teller Jon Bennett, whose MICF show is Story Whore. Bennet shared a dark and gripping tale from his life growing up on a farm in South Australia with his method Minister father. We also were graced with the performance of Isabel Angus and Rachel Davis, the comedy duo in Edge; an opportunity to look into the mind of a precocious 11 year old.

Discussions were casual and inviting, and a nice opportunity to get to know these performers outside of their scripted material. Occasionally discussion veered a little into alienating the audience when it focussed a little heavily on talking about comedians and their experiences; though was understandable given the commonality of those onstage.

Skye challenges her audiences’ delicate sensibilities chatting frankly about a litany of sexual encounters, which vary from your typical fare of monogamous relations. She’s unapologetic about it and it’s great that there’s a space in the Comedy Festival for weirder and wackier shows. Skye has a very specific style, something akin to Muppet meets Madame, which, frankly, is fascinating. If that’s not your cup of tea than this is not the tea party for you. A fine night of entertainment, worthy of more than one visit for the revolving and evolving material.

Lisa-Skye’s Lovely Tea Party is on at The Tuxedo Cat until April 20
http://www.comedyfestival.com.au/2014/season/shows/lovely-tea-party-lisa-skye-s 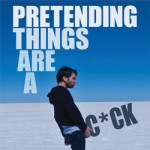 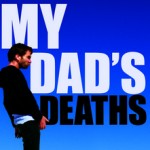 If My Dad’s Deaths is anything to go by, Jon Bennett’s father has an uncanny knack for staying alive, and making his loved ones think he’s dead.

Bennett’s latest show is a funny and at times genuinely touching look at his relationship with his conservative, no-nonsense father and the times he had sincerely thought he’d lost him for good. And considering the man has apparently had a heart attack, fallen off a ladder five times and started three bushfires, it’s suffice to say Bennett has plenty of material to go with.

Bennett’s style is more storytelling than traditional stand up, and it’s an art form he’s mastered well. Best known for his tongue-in-cheek, internationally acclaimed show Pretending Things are a Cock, Bennett’s newest offering is a natural step into more mature and thoughtful comedy, and is a great platform to show off what he does best.

The show takes the audience through Bennett’s childhood growing up on a pig farm in rural South Australia, where his father was a hard man to avoid – he was Bennett’s school teacher, his football coach, his school’s bus driver and the local minister. Apparently also a deeply serious man, Bennett’s dad never swears – unless of course his son has just shot him in the chest, but you’ll have to see the show to hear the rest of that story.

Bennett also intersperses his show with hilarious poetry, brought on by the fact his dad wanted him to be like Banjo Patterson. Don’t expect any rhyming couplets or sweeping metaphors though – Bennett’s poetry style is more about graphic descriptions of birth and quoting status updates from one of the more culturally-challenged of his 1200+ Facebook friends. The result is very funny and makes for a good break between stories of his dad, well, dying.

Bennett is warm, engaging and very likeable. He is a master storyteller, and has the audience hanging on his every word. At times it’s easy to feel like you’re just hanging with a friend who happens to be telling you particularly entertaining stories about his life, such is Bennett’s natural charisma.

My Dad’s Deaths is an unaffectedly honest and entertaining show from a gifted local talent and one of the best storytellers you’re ever likely to see.

Jon Bennett – My Dad’s Deaths is showing at LOOP Project Space and Bar on Sunday 8 April, then at Tuxedo Cat from Thursday 12 April onwards.