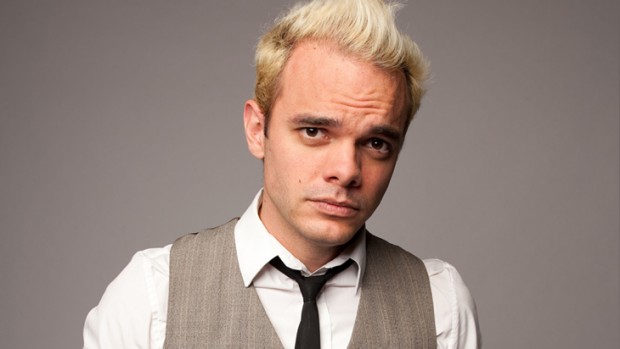 Hands up who wants to see an intelligent comedian at the top of his game. Okay, a good number of you. Now keep those hands raised if you also want to see a show about suicide, depression, the inherent loneliness of creativity and the soul-crushing weariness of constantly not measuring up to your own high expectations. Hmm, okay. But what if I told you they’re one and the same thing?

Yep, Michael Workman has done it again. Last year it was a moving fable involving cabbages and political dissent in 1960’s Cuba, and this year he goes even darker, with a haunting semi-fictional eulogy about love, inspiration, and the curse of losing both. Workman plays a musician revisiting “the town we grew up in”, a nostalgia-soaked concrete purgatory, to buy some Red Rooster and say a few words at the graveside of Loretta, a girl he knew.

If this all sounds like too much to digest in an hour of what is supposed to be, essentially, funny stuff, do not be put-off. There are laughs here a-plenty. In fact Loretta involves more traditional stand-up than Workman’s previous two shows Humans Are Beautiful and Mercy, and his trademark combination of wit, imagination and poetry will surprise you with its inventiveness. My particular favourite was when he somehow linked Ikea furniture to the death of childhood innocence. But just like music is often called the space between the notes, here the real genius is the silence between the laughter.

This is a dark show, and behind every joke is a truth ready to smack you in the eyes and leave you reeling. It’s a weird rhythm you don’t usually see in comedy: the room goes from uncontrolled laughter to stunned, thoughtful silence and back again, over and over.

At the end of the show the lights go down and we all sit there in darkness for ten seconds, the general consensus being, ‘What the hell was that?’ Then Workman reappears to thunderous applause. As I look around there are a few people holding tissues (although this may be as a result of colds; I have no way of knowing for sure).

That’s what you can guarantee about a Workman set, if nothing else it’ll make you do two things: laugh and think. I’ll put my hand up for that every time.