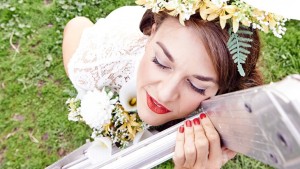 Nicolette Minster has a fancy first name and a knack for guessing middle names. She is charming, articulate and slightly sarcastic, and has a bit of an obsession with her childhood security blanket.

Inanimately has a broad focus on people who have a sexual attraction to inanimate objects. Whether it be a ladder, a household appliance, or even an iconic landmark, Minster delves into the strange desires that people can have for generally undesirable items, and incorporates an array of stories into this interesting premise to a comedy festival show. From Erika Eiffel, who is married to the famous Parisian steel structure, to a woman named Emma who is in love with a tree, the show covers some interestingly odd material, funny mainly because of its utter absurdity.

Minster intertwines tales about boxing, raw food trends and, of course, her unnatural attachment to Blue Blanky; tales which don’t necessarily relate, but which are seamlessly incorporated into the proceedings. Several of the jokes and one-liners she tells resurface later on, tying everything together nicely. Clever wordplay is what drives this show forward, and her dry sense of humour keeps things entertaining. She seems to get some kind of twisted enjoyment out of luring her audience into what appears to be an innocent observation, and then conjuring up some crass imagery that generates a burst of shocked laughter. This is all part of her charm. Minster is self-deprecating and likeable, and welcomes a bit of laughter at her own expense.

The show is well written, with unfaultable timing and consistency. A reading of a romantic choose-your-own-adventure novel is very funny, and an attempt to slow dance with the much-loved blanket was a real comedic delight. Minster utilises a refrigerator on stage to add some variety to her word-heavy comedy, which does break things up a little, however the use of a loud vacuum cleaner in the opening of her show proves more distracting than comical.

Nicolette Minster’s Inanimately is on at the Forum Theatre until April 19. 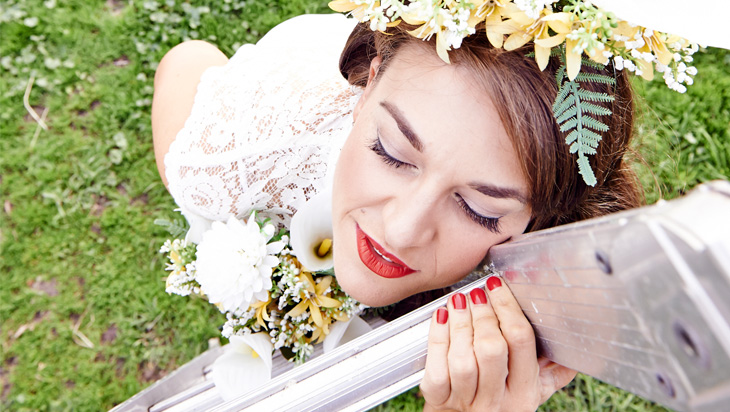 1. A UK documentary about a woman who married the Eiffel Tower left Nicolette with a lot of questions.

2. In the process of researching INANIMATELY, Nicolette copped a black eye. It still weeps, infrequently.

3. In Japan, security blankets are used in favour of straight jackets.

4. Nicolette is one half of sketch comedy sensation Girls Uninterrupted, which is on hiatus whilst Lou makes a human and Nic learns how to activate almonds. Both expected to take an equal amount of heavy breathing and epidural.

5. Show includes a fridge and some mind “magic” or your money back*. (*not guaranteed)

1. It’s an all-female showcase show, which means nobody has to hear from dudebros that are like “my girlfriend likes throw pillows!” or “women be shopping!” etc, etc, ad nauseum.

2. Every night will be a totally different line-up, with a few massive theme nights thrown in for good measure. Slumber Party, anyone?

4. It’s not just comedy, either; we’ll have acts doing burlesque, spoken word, music, sketches, theatre, characters and anything else you can think of.

5. Most importantly, it’s a fun, welcoming night run by women for whom feminism and entertainment are major passions. Made with love, for you!

For Information and tickets see the Melbourne Fringe website: