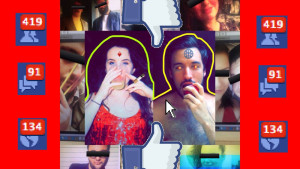 CULL examines our social media habits, in particular the things we see in Facebook feeds. Patrick Durnan Silva and Honor Wolff of The Very Good Looking Initiative reveal the dark side of it all. Even innocent things like cat videos are not safe from this duo’s disturbing dissection. This sets the scene for some biting satire about the online world…but all I ending up getting was a nibble.

This is an extremely high energy, all singing, all dancing show which features so much dancing that it threatens to overwhelm the comic elements of the show. Sure, there are some klutzy dance moves to enjoy but it seems to be more a showcase of the duo’s musical theatre skills. Delivering dialogue while out of breath certainly has us laughing at them but it slows down a perky monologue.

The script has some witty lines to entertain but a lot of the scenes fail to end on strong punchlines. Instead they either transform into a Lynchian nightmare with impressive sound and lighting, drift off to nothing or simply flit to the next sketch. This may be considered post modern but ignoring comedic principals is risky and unfortunately it doesn’t really work for this pair. A number of serious topics relating to Internet use are covered, for which they should be commended, but apart from some wacky overacting there really isn’t anything amusing offered to us. You get the odd nervous titter from the darkness of it all but these scenes lean too far into tragedy.

A lot of the dialogue is performed in the requisite screeching which grates on the nerves of an old fogie like me so I’m certainly not the target demographic of this show. The younger crowd appeared to get a lot more out of this, particularly some pop culture references that may sail over some people’s heads. I sensed though, that a lot of their laughs came from recognition rather than any witty insight offered by the pair.

Silva and Wolff are certainly not afraid to make themselves look silly in pursuit of a laugh which helps to sell the lines and their slapstick works well. Their comedic arsenal can be boiled down to pushing repetitive sequences past breaking point, awkward freeze frames, long pregnant pauses, and darkness for shock value laughs. Oh…and did I mention that they can sing like divas and dance up a storm?

A full frontal assault on the senses, this wild ride through the online landscape is full of colour and movement and fits the experimental tag offered in the Fringe guide. Those born after the MTV Generation will have fun laughing at the ridiculousness of their peers but others may find CULL largely style over substance. 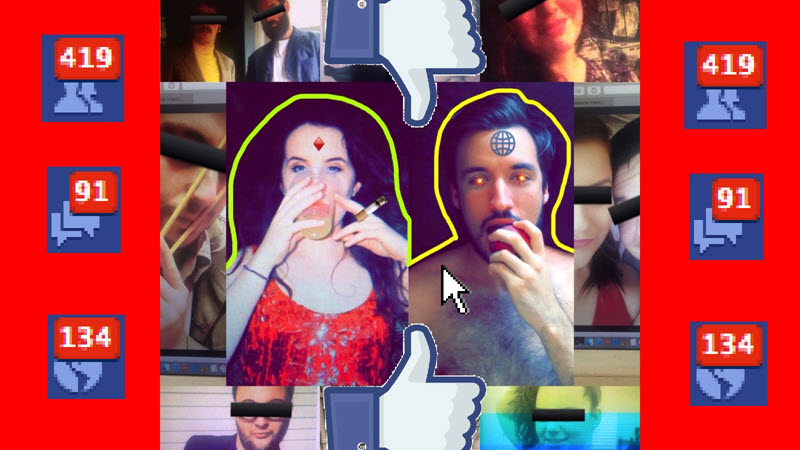 1. Hilariously relatable for anyone whose ever been on Facebook and witnessed someone talentlessly do the cup song with conviction.

2. It stars two of the worlds most famous internet celebrities: Honor Wolff who has over 47 Instagram followers and Patrick Durnan Silva who was once banned from Twitter for cyberbullying his mother.

3. It’s conveniently early, starting at 6:00pm – so if your husband is going to see it and comes home really late, you know he’s having an affair.

4. Ticket’s are cheap!!!! So cheap in fact, that Patrick and Honor will never become homeowners… CHEAP!!!

CULL is on at The Courthouse Hotel (Jury Room) from September 15 to September 23.
For further information, visit the Melbourne Fringe website:
https://www.melbournefringe.com.au/program?event/cull/6f23d97f-0149-4d4f-b6c8-898d2a8f0477