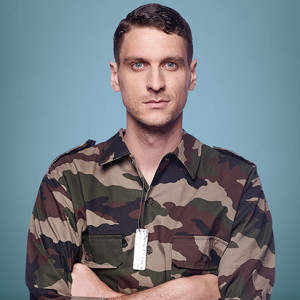 Steen Raskopoulos is back in Melbourne with his joy-inducing blend of sketch, improv and audience participation in You Know The Drill. It’s a slickly-composed show, filled with lovable characters that bring the audience together.

Raskopoulos has a mastery over character acting that is on par with the best of the best. With a shrug of his shoulders and a slight tremble in his voice, he can get everyone on-side. His repertoire is diverse – from a stern, but sappy drill sergeant to a young boy with the love of dance in his heart.

The sketches are sharply-written – snappy and never outstaying their welcome. Pre-recorded voice tracks from Raskopoulos and others (most notably, the voice of Rich Fulcher) are used to great effect. Raskopoulos’ improv sections are so well-handled that they’re almost indistinguishable from pre-written sketch. An off-the-cuff educational seminar spawned from an audience member’s suggestion of ‘flatulence’ was a particular improvisational highlight.

I’d be remiss to talk about a Raskopoulos show and not mention that it contains a healthy dose of audience participation. Regardless of where you are in the room, there’s a chance you may be hauled on stage. But as far as audience participation goes, there really isn’t anything to fear. Everything is done with a level of respect for the audience members, and the joke isn’t at their expense. There’s not a bit of cruelty in Raskopoulos’ audience segments – they’re joyful and playful and just a whole lot of fun.

You Know The Drill is a fantastically funny show from a performer at the top of his game. If you’re open to looking a little silly and having a whole lot of fun – this is for you. 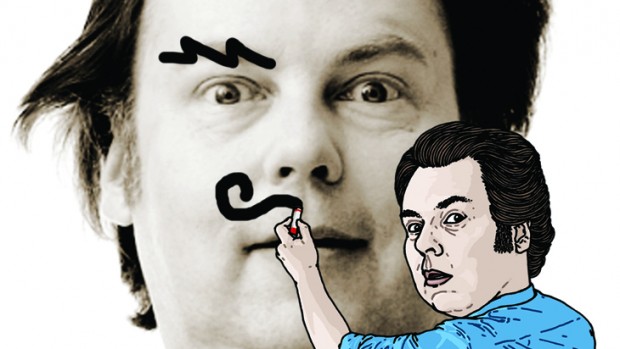 Rich Fulcher is a man known for bizarre and anarchic comedy. We have seen him confound and amuse in ‘The Mighty Boosh’ and ‘Snuffbox,’ and this new stage offering does not disappoint. Based on his 2009 book of the same name, ‘Tiny Acts of Rebellion’ is a crash course in sticking it to the man via a myriad of minutiae. Over the course of the night, the audience progresses through various levels of rebellion, hopefully graduating by the end of the show.

Fans of the book will be familiar with some of the material in this show, like the fish finger handshake, but there is plenty of new stuff for you to enjoy. There are some nice visual gags dotted through the evening on a PowerPoint display, aimed at an Australian audience.  There’s also a great bit of audience participation involving taking the tiny rebellion out on the street – volunteering is certainly not for the faint of heart.

The jokes can be a little crude and overdone at times, especially early in the show.  If you’ve seen Fulcher before, you know what to expect. But for the most part, ‘Tiny Acts of Rebellion’ is hilarious and a significant improvement on his last show, ‘An Evening with Eleanor, the Tour Whore’.

What really makes the difference this time around is Fulcher’s co-star. Joining him on stage for ‘Tiny Acts’ is local comedian Xavier Michelides, playing the role of Fulcher’s assistant. They make a really great combo. Michelides acts as the innocent, well-meaning foil to Fulcher’s slightly evil course instructor. It’s fantastic to see Michelides being brought on board by a big international act. He’s been showing how talented he is around the stand-up circuit for some time now and this is a great opportunity for him to be introduced to the wider audience that he deserves.

‘Tiny Acts of Rebellion’ is an enjoyable show and fans of Rich Fulcher will love it. It’s mischievous and clever, and you might just leave with some handy tips on how to deal with the little frustrations in your life.