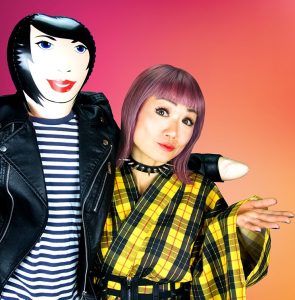 Fringe info refers to the Music Room at the Fringe Hub (Melbourne Trades Hall) as ‘our most isolated venue’. And I think this is a reasonable description. Not located within the beautiful old Trades Hall complex, if you head outside and up a desolate stair case, you’ll eventually find it at the end of a couple of poster-bedecked hallways.

It was delightful, then, having found the venue, to come inside and be greeted by a techie rocking out to a Japanese version of “Holding Out For A Hero”. Showko is a high energy act, and it appears that her energy has rubbed off onto her crew.

There is no doubt that Showko (Showko Showfukutei) is very good at what she does. I certainly have no claim to being an expert in ventriloquism, but she certainly ticked all the boxes that this audience member expects of a ventriloquist – a great range of voices, movement-free lips, and a great relationship with her audience and ‘co-stars’. And hey, you don’t get to be a finalist on Australia’s Got Talent (2016) unless you’re good at your craft.

I can’t imagine how hard it would be to ventriloquise in one’s second language. Or to sing in a range of voices. But this very experienced performer handled these challenges with great humour and enthusiasm. Whilst admiring the technique, I found some of the content a bit clunky. Some of the gags felt a bit dated or predictable. It’s definitely old school stuff. Billed as kooky and off-beat, I found it a far more gentle kind of humour – nothing biting or vicious or crude. But she does show that a fondness for a fart gag is universal.

Some of the sketches went on a bit too long, and some of the audience involvement was a bit awkward, but Showko’s natural charm and warmth lets her get away with it. Her energy is infectious. She has the enthusiasm of a kids’ party performer. And the finale requires abs of steel.

Always an admirer of brave wardrobe choices, I noticed that Showko has chosen a much more spiky outfit than one would expect of one working with inflatable co-stars.

If you have a liking for old-school comedy styles, gags and routines, head across to the Music Room and meet Showko and her friends. Who knows – you may become one of her co-stars. 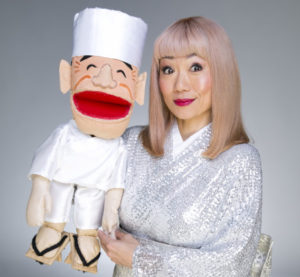 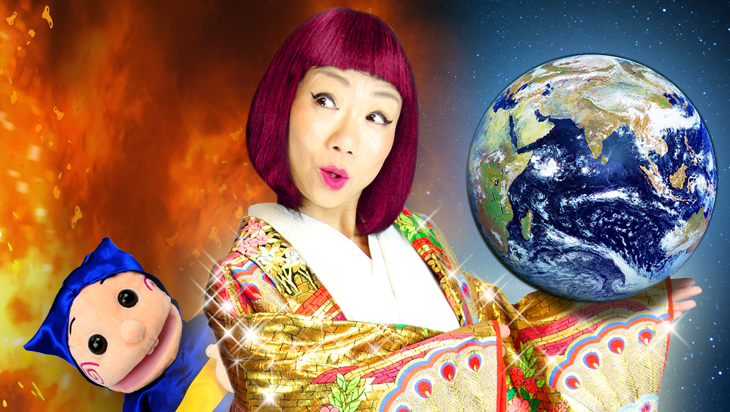 4. Based on a traditional Japanese Rakugo story but a modern twist 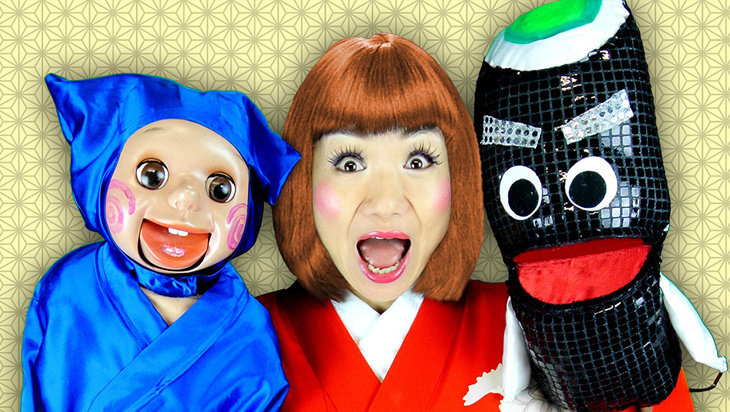 2.The Sushi Monster wants to eat you