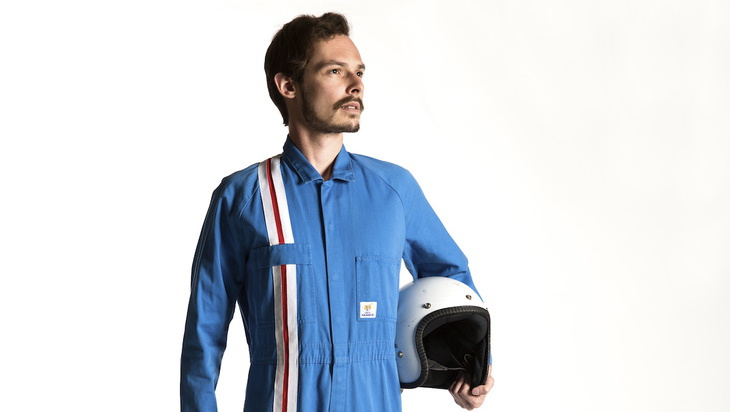 1. To prepare for the show I quit comedy for 18 months to become a professional sports car driver. After I won the world championship I resigned from Porsche to put on the show, turning my back on the excitement, the adventure, the fame, the travel, the women, the money and… oh god, what have I done?!

2. If you’ve ever wanted to watch a Le Mans race, the bloody thing lasts for 24 hours. I condense the race into about ten minutes, so I’m saving you a lot of time. I’m also saving you leave from work, a trip to France and about 3000€.

3. One of the many characters I play is a cowboy named Buck Wild West McCowboy. I think that reason speaks for itself.

4. Simon, are there any shows in the Melbourne International Comedy Festival this year that feature a monkey who realises its dream to become a race car driver? Hmm, no. Not that I can think of. Tell you what; I’ll chuck it in my show to fill the gap in the market.

5. Destiny Racer is the ultimate racing story. There are thrills, spills, people mopping up the spills, speed, drama, Nazis, cowboys, cars, corruption and a tree that fakes its own death. It’s fast, furious and funny and a lot cheaper than a trip to France. 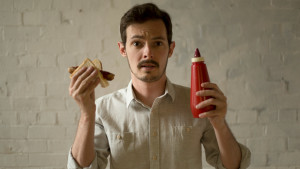 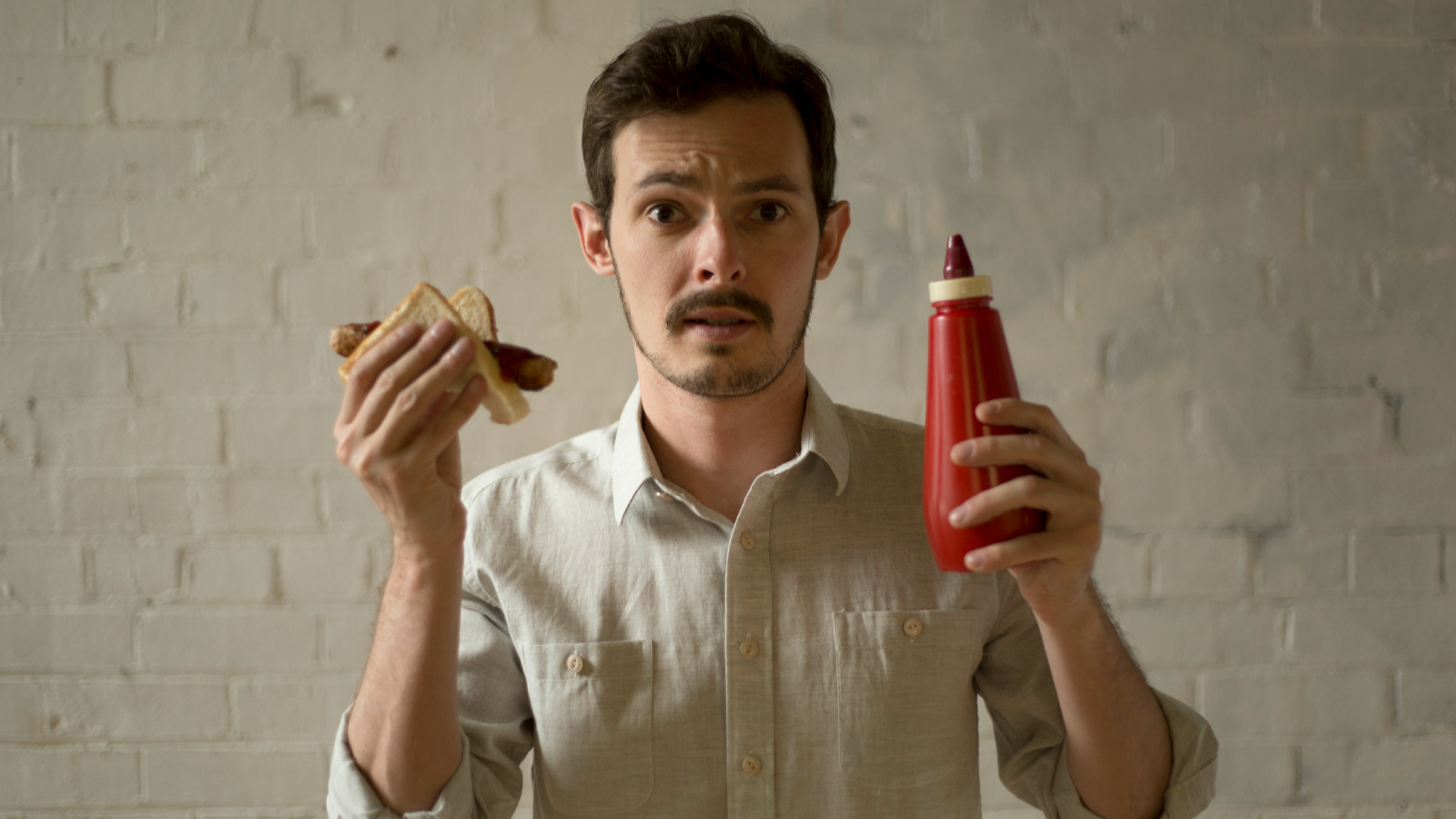 1. In the show, two of the minor characters are yachts. If I was only playing one yacht, I’d understand if people were like, “Just one? I could see that anywhere.” But two… Strap yourselves in, sailors.

2. Sauce is a deeply personal show about a boy who doesn’t like tomato sauce. Oh the torment, discrimination and scorn we non-sauce-eaters suffer. When I was a child, I was ejected from every school sausage sizzle. I’m convinced they thought something was wrong with me, (I know you’re thinking there is), and that my sauce refusal was a form of anarchism.

3. What’s with the lack of catapults in modern comedy? It’s a question I hear all the time and a problem rectified by my heavy use of trebuchets in the show.

5. It’s a one-person show with 30 and a bit characters, revenge, intrigue, milk bars a lot of sauce. And, if I can remember it all, it should be a lot of fun.

Simon Godfrey’s  Sauce is on at The Lithuanian Club 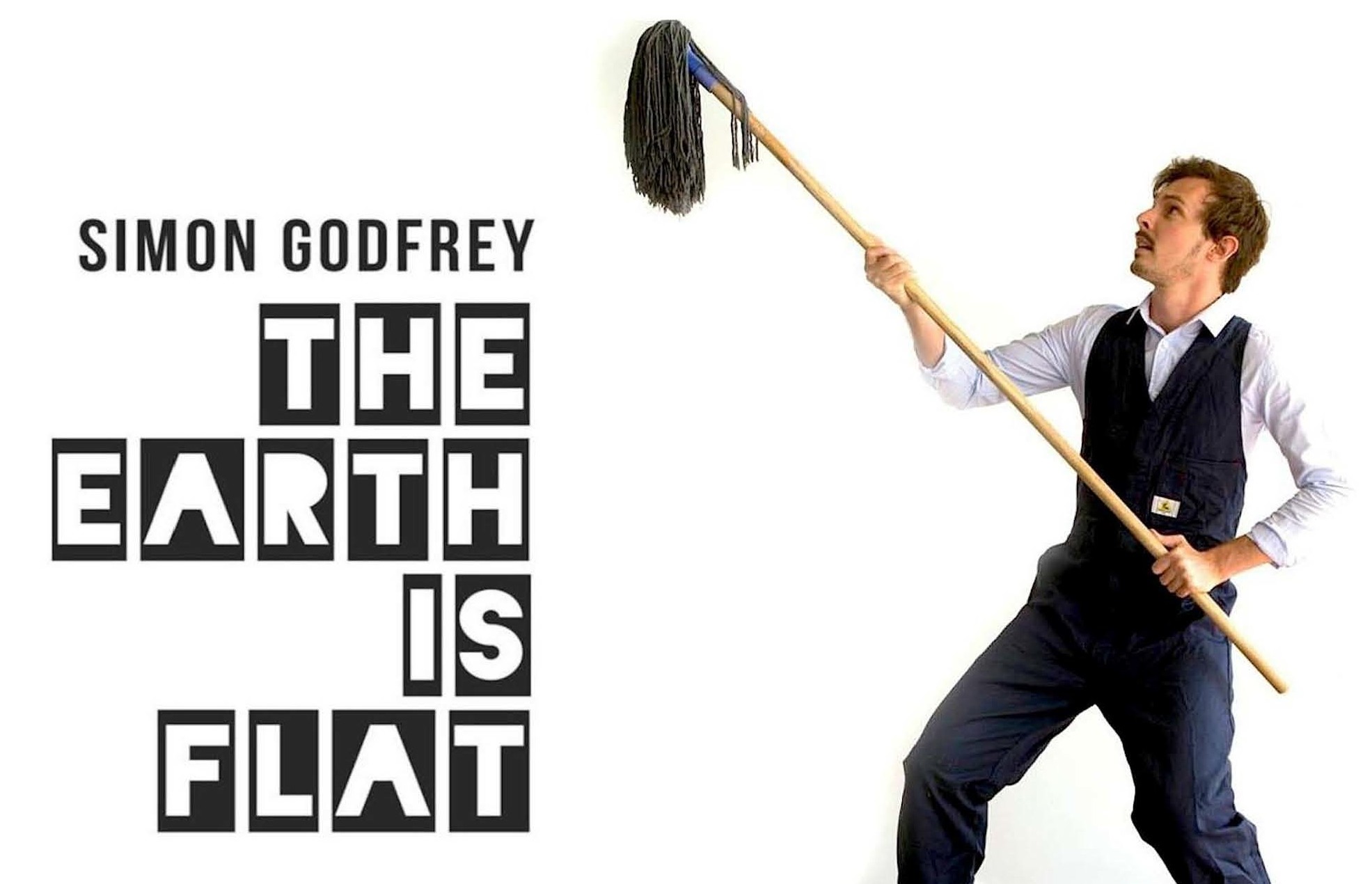 1. I play 22 characters, one of which is Clive Palmer and when it comes to comedy, that man is a blank cheque.

2. I also play a horse. It’s taken me 30 years to realise, but I am happiest when pretending to be a horse. I just think that’s psychologically interesting.

4. The science underpinning the show ranges from unlikely, to improbable, to impossible. Come and see science nerds in the audience silently seething, desperate to jump on twitter to attack my poor grasp of physics. #HowCanYouSawTheEarthInHalf

5. The Herald Sun said “Godfrey will have you uncontrollably cackling.” I don’t know what it is about my comedy that turns people into witches. Most likely, it’s the cauldron and my pact with the devil.

For Tickets and Information check out the Fringe Website:
http://www.melbournefringe.com.au/fringe-festival/show/the-earth-is-flat/