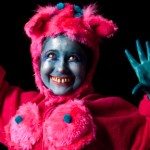 2. We were awarded ‘Highly Commended in Comedy’ at the 2012 Melbourne Fringe, so it’s a fairly safe bet we’re not shit.

3. We’ve been practicing a cool move and we want you to see it.

4. We can be your secret shame, like an occasional sex partner who won’t stop chuckling during intercourse, and it fully creeps you out in a sort of carnival clown way but it’s actually so gross that you’re also kind of into it, but you’ll never admit it, not even to yourself.

5. All profits raised from the show will be great. 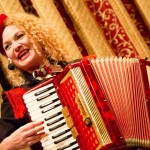 1. Because it is a VARIETY show which is WAY more digestible than an hour of the same thing.  I simply can’t do a whole block of Bega but give me the cheese platter any day.

2. (still on the cheese platter metaphor) Stand up comedian on a cracker anyone?  Mmm… that hoola hoopist goes really well with a dry white.  Have you tried the low fat burlesque with bocconcini?

3. Oh yes and The Moulin Beige is in a bar, so you can drink or six while you watch the show- Genius.

4. And we have an interval, so you can catch up with your friends or even go for a pee!  Double genius.

5. Because flying to France to see The Moulin Rouge is way over rated… we are in Fitzroy and much, much funnier (especially if you’re drunk).

5 Good Reasons to see Max Attwood’s Am I Better Than Gandhi? 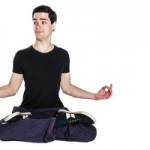 1. You have often caught yourself wondering if you’re better than famous and historical figures, and want someone to address this strange quandary in a humorous and ultimately witty manner.

2. Being unemployed, how difficult dating is, Ricky Nixon- these are the jokes that are going to be in every show this year, but not this one! This show has jokes about toddler armies, sexy Mother Teresa and evolutionary hooves.

3. It will be genuinely thought provoking. No, seriously, it will provoke thought in you. You’ll have a thought. Maybe even a think.

4. There’s a slim chance that you think I am your long lost father and you want to meet me in person to confirm your suspicions. However, upon seeing me you realise I’m way too young to be your dad but you stick around because I’m in the middle of an awesome stand-up show.

5. It would be really good for my self-esteem.