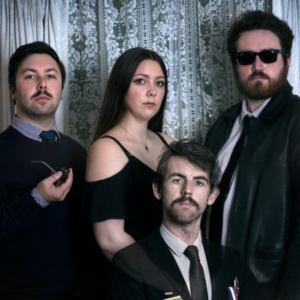 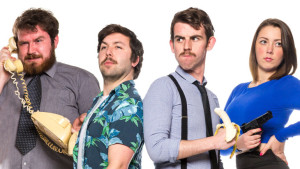 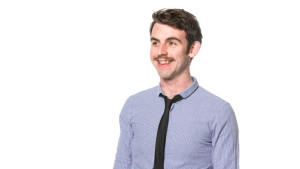 We all had slightly embarrassing email addresses when we were younger. Email addresses that spoke to just how cool we were in high school. My first email included a reference to a Tetley tea commercial I thought was pretty great, so we all know I was very cool and definitely had a lot of friends. Timothy Clark’s old email address makes for a brilliant opening sketch in badboycomedy69@hotmail.com, and follows through the hour as an example of misguided youth. It’s a terrific show filled with stand-up and storytelling that looks back on Clark’s earlier, awkward days.

Clark’s act is confident, polished and always a step or two ahead of the audience. Even when you think you’ve adjusted to his comedic style, he still manages to catch you off-guard. The stories in badboycomedy69@hotmail.com are funny and honest – the usual tales of gigs gone wrong and romantic misadventures – but are pushed a step or two further than expected. There’s a Tinder story, but it diverts somewhere weird. There’s a tale of a nightmare corporate job, but then a killer jazz joke. For every stand-up trope this show hits, there is a delightfully surprising counterpart to keep you on your toes. Clark’s delivery strikes a fine balance between relatable vulnerability and attention-holding bravado. He’s quick to get the audience onside and the energy stayed up right through the show.

badboycomedy69@hotmail.com is stand-up done well, filled with anecdotes that feel familiar but are still unique enough to keep you laughing. It’s a fine example of the fact that any topic can feel fresh if it’s tackled with enough talent. Timothy Clark has crafted a belter of a show, and it’s got a killer finale that’s sure to impress any fan of late ‘90s pop culture.

badboycomedy69@hotmail.com is on at Number 12 La Barre Electronique until April 9
https://www.comedyfestival.com.au/2017/shows/badboycomedy69athotmail-com 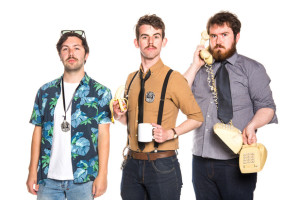 Adam Knox, Ben Vernel and Timothy Clark have created a sketch show that takes the topics of comedy and history and smashes them together. The resultant rubble was a sometimes clever but often just plain silly hour of lunacy.

Sketches ranged from meta discussions of humour to twisted historical examples of jokes to current events given a darkly comedic treatment to scenes set in the past with a passing whiff of humour tropes. Some particularly clever ideas looked at humour from an almost alien perspective and used wordplay to fantastic effect. The scenes came thick and fast with some witty linking material holding it together.

On the whole this was a blunt kind of humour that didn’t shy away from using broad stereotypes and touchy subjects to get laughs. The fourth wall was regularly demolished while every imaginable comedic trope was held up to ridicule. Historical facts usually took a back seat to the jokes and merely provided a convenient setting for the sketches.

In any other sketch show the rough nature of the performance would be seen as a failure but this show revelled in this kind of anarchy. Things were seemingly always in danger of falling apart and there was a nice story arc of sorts where the performers comically lost control of proceedings.

Several of the sketches were a little long and the punchlines could be telegraphed quite early but this was probably by design. They were clearly trying to milk every piece of over acting and knowing glance at the audience for as many laughs as possible but it came dangerously close to needless self-indulgence. Nonetheless it was hard not to get swept up in the chaotic spirit of the show and find yourself regularly in fits of laughter.

The chemistry within the trio was wonderful with Clark regularly playing the fool on stage and Vernel the straight man. Knox’s tinkling of the ivories was an unexpected treat. The music that he played didn’t exactly provide humour but fitted in with the scenes perfectly.

This was a brilliant hour of sketch that combined enough smarts to satisfy the comedy nerds in the audience with plenty of base humour the keep everyone else chuckling. You won’t learn much but you’ll have a great time doing so.