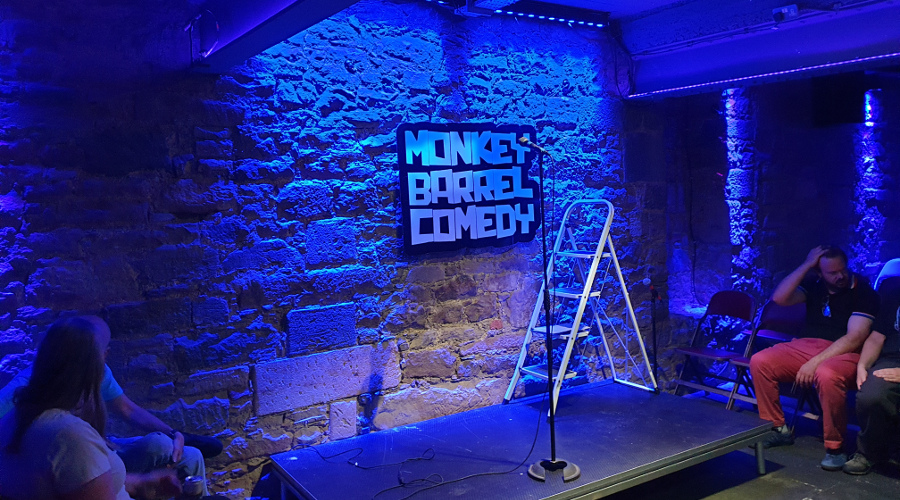 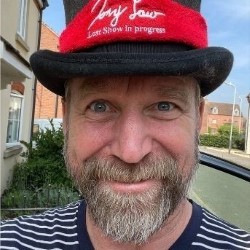 The planned shambles of the opening of this show became a real shambles when the audio kept cutting in and out of various music tracks, which played over the top of a video of Secretariat (Who’s At the Door!!) winning triple crown races from back in the 70s. (The video of the great racehorse sort of made sense by the end of the show).

Tony Law is a crazy man, who claims he wants to get rid of all those losers who only come to see his shows once or twice “because he was on TV once”, as he tries to whittle his audience down to a few hard-core fans. During the show I attended (and I’m obviously only considered a semi-fan having seen just the four or five of his shows down the years), Tony was able to spot people who’d been to all his shows including some who first came as children with their parents a decade or so ago.

The actual content of A Now Begin in Again was sort of about the lockdown and loss, language and accents (so many accents), sport, travel, family and deadlines. His teenage son makes a couple of appearances, acting more adult than his dad, and we hear about the joys of living in a caravan with a teenager during the Edinburgh Festival. I get the feeling his son’s stories of living in a caravan with a mad dad would probably be just as interesting.

The show is on at lunchtime and an hour of craziness which will have tears of laughter rolling down your face is possibly the best way I can recommend to start your day at the Edinburgh Fringe. If you’ve never seen Tony before, I heartily encourage you to come and sit in the front rows, just so he gets confused when he can’t spot any regulars.

A Now Begin in Again is on at Monkey Barrel Comedy
https://tickets.edfringe.com/whats-on/tony-law-a-now-begin-in-again 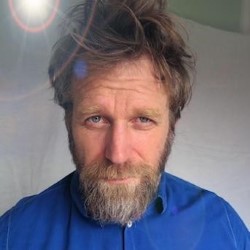