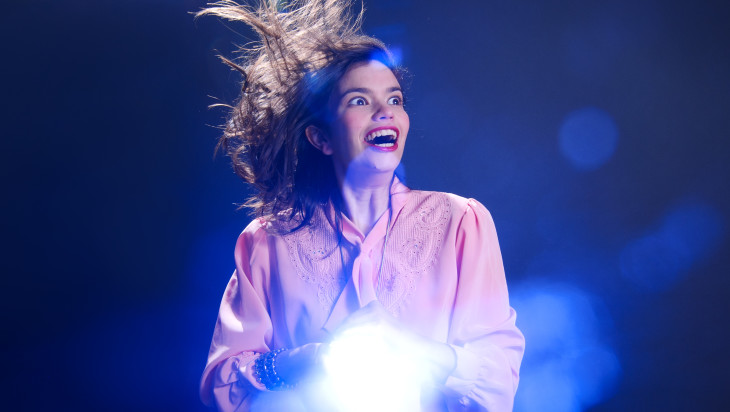 1. Esther Hicks is “Vibrationally” Speaking is a hilarious and outrageous show which is run like a real motivational workshop, based on the bizarre real-life teachings and original “Law of Attraction” gurus, husband and wife team, Jerry and Esther Hicks. Or in other words, a lot of what “The Secret” was based on. Are you ready to listen? Let the manifestation begin!

2. Learn the 3 steps for entering the vortex so you can “vibrate”, be on “The leading edge” and “Tuned in, taped in, turned on” to life!

3. By donating a little extra you can purchase exclusive “Golden Vibrational” seats (only 2 tickets available per show!) to get a special one on one experience with Esther herself during the show!

4. Jerry and Esther are only here for one week only- so book in now!

5. Located in Laneway Learning in the Nicholas building on Swanston street (that old retro 1920s building with the arcade) It’s vibrationally close to Town Hall and all of your comedy festival needs – now that’s Law of attraction working in action!

Esther Hicks is “Vibrationally” Speaking (created by Claire Pearson) is on at Laneway Learning Melbourne from April 11 to 14
https://www.comedyfestival.com.au/2019/shows/esther-hicks-is-vibrationally-speaking