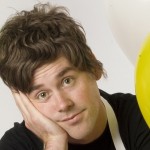 1. This show is about the greatest book ever published, a book that made birthdays exciting for thousands of children across Australia throughout the 80’s and early 90’s

2. This show actually helped get the original book republished, which then went on to become the highest selling cook book in Australia of 2012, of which I get…none of the profits

3. Every cake in this show will be shown on a cinema sized screen, You’ve never seen dessicated coconut this big!

4. I write a letter to Ita Buttrose on a typewriter cake to the theme music to Murder She Wrote

5. It has sold out shows all over the country and won the Best Comedy show at Fringeworld 2012

Josh Earl vs The Australian Women’s Weekly Birthday Cake Book is on at The State Library of Victoria at 8pm March 29, 30, April 5, 6

Josh Earl is a Librarian 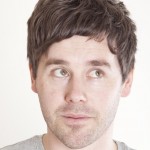 1. This is a show about Librarians, in a Library, by a Librarian, it’s like the holy trinity

2. This show goes all through the Dewey Decimal System, the only comedy show to have ever attempted this feat (probably for good reason)

3. This is the best place to see a lot of Librarians lose their mind as they see the Call Number 612.6 on a big screen

4. If you want to see a guy who looks like a hairy skeleton take his shirt off this is the one for you

5. This show is match fit having just sold out my entire season at Fringworld in Perth and Brisbane Comedy Festival 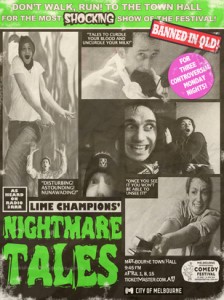 1. After 4 years of performing the only sketch comedy show on Melbourne radio the Lime Champions are bringing their confusing world to the stage

2. There are Dancing men, a secret revealed, an accident in a stairwell, robotic phone sex and strong frequent acting

3. This show is banned in Queensland

4. The acts in this have been described as “SHOCKING!! DISTURBING!!! NUNAWADING!!!”

5. Oliver Clark provides a voiceover, that is worth the ticket price alone

Lime Champions’ Nightmare Tales is on at The Lunch Room at The Melbourne Town Hall at 9:45 April 1, 8, 15