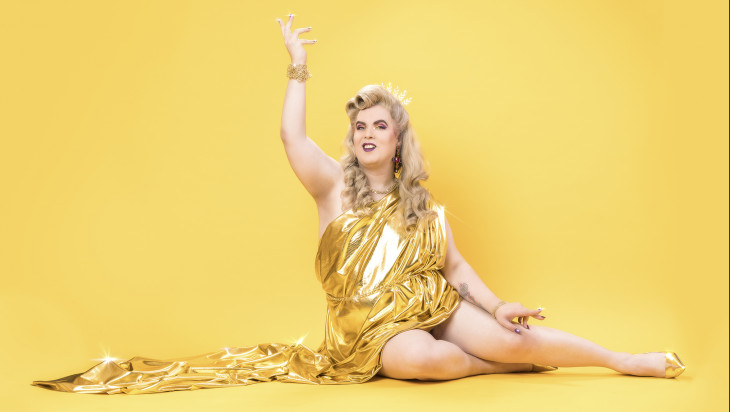 An aptly named show from a performer with the savvy to handle a heckle from gravity itself, Such an Inspiration takes malevolent “chaos demon” joy in the darkness of the human experience.

I’ll open with one critique though; what is it about people from Anna Piper Scott’s community that they feel the incessant need to identify themselves within the first few seconds of conversation?  We get it… you’re from Perth. No need to ram your Western Australian agenda down our throats. Anna Piper Scott is also a trans woman and lesbian but she barely gets a chance to talk about it around the “Fremantle this” and “the mining industry that”.

Yeah… I don’t know a lot about Perth.

One thing I do know about is a masterclass in searing, comedic social commentary and Anna Piper Scott’s Such an Inspiration is just that. From comparing cis-gendered folks opting for pronouns like a popular brand of cola (spoiler alert, it’s not LA Ice); to the bittersweet realisation that transitioning to a woman is not a get-out-of-jail-free card for having an opinion on sport, Anna holds both the rooms attention and a mirror up to us all, grinning throughout with macabre delight.

Anna provides a perfectly weighted tension sustained throughout an hour of comedy exploring the common pre-written narratives for trans women; as punchline, villain or victim. She offers a fourth option; human being. At the core of this show is a call to arms for humanity, and the singular truth that in the midst of great darkness, upheaval and distress, that the first indication that you’ll be okay is when you can make a joke about it.

And Anna makes a lot of jokes about it. Genuinely laugh-out-loud, snort-inducing jokes. For someone trying to be a human being first and comedian second, she very almost fails. But not quite.

Anna Piper Scott’s show Such an Inspiration is hilarious, moving and captivating.