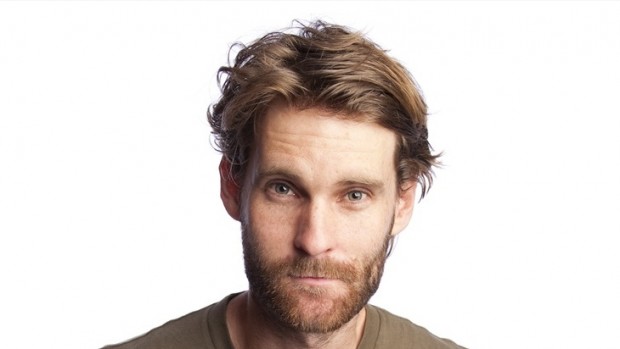 Heggie first came to notice in 2010 when he won the Raw Comedy Final with a tight set of one-liners delivered in an unemotional, deadpan style. Since then he’s gone on to develop full length shows and win more awards including Time Out’s best comedian award in 2012.

This year he’s drawn on his time spent as a bottle shop attendant for his comedy festival show Mega Dry. His tales are about alcoholics in denial, last hope losers and middle class dad jokers. His riff on bourbon drinkers, their leisure habits and their pronunciation, is a clear highlight. There’s no affection for his previous customers, nor anyone for that matter, but this isn’t cruel comedy either, Heggie serves up his observations from the perspective of one who has been worn down by an endless assault of the brainless. There’s a slight diversion into material about how mollycoddled kids are these days. It’s solid stuff but pretty well-worn territory these days.

Heggie has a laconic stage presence, an air of the knockabout Aussie bloke, but don’t be mistaken, his material is sharp, he has a neat turn of phrase and he knows how to craft good jokes. He finished the show with a song, which he admits is not particularly funny, but does demonstrate a not-too-shabby set of vocal chords. He would have been better served by using some musical accompaniment for his daggier jokes or making the lyrics tighter. Either way it’s a clever way to break up the rhythm of the show and shift the energy levels around.

There’s a sense that Heggie is a lot smarter than his stage personae, that if he wanted to he could challenge himself and push through to another level of deeper material. In the meantime he’s doing a fine job; he’s relaxed, easy to watch and writes some fine material.