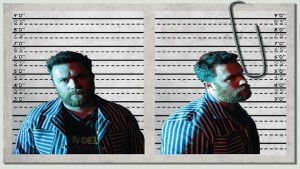 There are countless stand-up comedy shows in this year’s Melbourne International Comedy Festival, which is why it is refreshing when a comedian attempts something a little different.

Peculiar Avenue is an elaborate sketch comedy show, involving various stories and an abundance of characters all portrayed by the multitalented Sam Marzden. Over 30 characters are introduced during the course of the performance, each with distinct personalities and delightfully varied accents. Set at a mental asylum, we meet Doctor Christmas, the owner of the asylum who acts as a springboard for the two long sketches that the show is primarily focused on. Doctor Christmas is a strange, eerie fellow, who interacts with several sanatorium inmates before he plays them a murder mystery movie, which Marzden then acts out for his audience.

The movie sketch is a classic whodunit story, complete with murder, corruption, numerous motives, and several shocking secrets that are revealed under much suspense and spectacle. The characters are all suspicious: from Miss Feathertail who has experienced (and solved) over 3000 murder mysteries, to the nervous Commander Blank with his unsettling and creepy demeanour. Once the ‘movie’ finishes, the action returns to the asylum, where Doctor Christmas unwillingly brings our attention to faded singing sensation Johnny Witness who demands to communicate his story. Johnny’s segment is filled with catchy musical numbers, which describe his rise to fame with the help of a deal he made with the devil. This sketch is vastly more energetic than the previous scene, with bright lights, fast-paced dialogue, and a mixture of Elvis-inspired crooning and some very impressive rap.

The two central sketches are incredibly imaginative, with original and diverse characters, and compelling storylines. The murder mystery tale is quite difficult to follow at times, as the dialogue is extremely quick and there are so many characters to differentiate between. The whodunit genre does require sharp, snappy delivery in order to be effective, however the dialogue could afford to be slightly slowed down for clarity purposes, especially as there are so many accents to keep up with. While this story is well-structured and funny, it would benefit from some further editing, particularly during the final few minutes of the sketch.

Johnny Witness’ musical medley is brilliantly hilarious. This act really showcases Marzden’s singing abilities, and incorporates some truly funny gags to conclude the performance. With the help of an enthusiastic stage-side technician, who seamlessly controls music and lighting changes, this sketch is by far the highlight of the show.

Marzden is more of an actor than a comedian; he comfortably swaps from character to character, and he has memorised his script well. He does have the propensity to pace back and forth across the tiny stage during longer monologues, which is somewhat distracting, but that is just a minor issue to his performance style. My main criticism is that the show’s ending comes too suddenly; it would have made more structural sense to return to the asylum to tie everything up neatly, and so the end of the show comes across as a little abrupt.

Overall, Peculiar Avenue is an entertaining and original piece of theatre. Marzden has clearly found his comedy niche in character sketches, and his show matches his imagination in that it is vividly detailed, charmingly versatile and indeed peculiar.

Peculiar Avenue is on at The Downstairs Lounge @ The Grand Mercure Hotel until April 19.