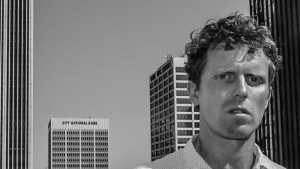 For the last few years, David Quirk has been making a name for himself by producing smart, heartfelt stand-up that is quick to garner festival buzz. With Approaching Perfection, he has done it again, with a stand-up act that is a reminder of how fresh and entertaining the form can be.

After opening with an inventive approach to crowd work, Quirk launches into a standard stand-up act – winding anecdotes, snappy punchlines – and it’s delivered expertly. Approaching Perfection ostensibly covers the events of the last year of Quirk’s life, however, the show branches out to explore broader philosophical ideas. Recurring themes of sex and death are tackled in interesting and frequently hilarious ways. Quirk has a good eye for observation, picking up on little things that most would gloss over, and turning them into something deeply funny.

Much of Quirk’s show is about his connections with other people, whether that be a stranger on a tram, an old friend, or a former teacher. It’s often the words and reactions of others that get the biggest laughs. It’s clear that Quirk has an easy affinity with others, and the stories that come from this are fantastic.

Props are used to great effect, blown-up print-outs of text messages adding an extra punch to the stories being told. Quirk’s tales feel that bit more genuine when you can see the typos in them. The use of sound in this show is also great. A long story told with a backdrop of falling rain was dark and quite beautiful.

There were a few stumbles with the order of Quirk’s act, and some minor tech issues, yet these seemed quite fitting – without a few problems you’re not approaching perfection, you’re just perfect.
–
Approaching Perfection is a fantastic work of stand-up from Quirk. It’s dark, brutally funny and has just enough imperfections to feel utterly honest.