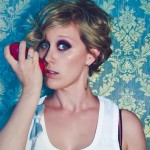 1. It’s got literal stone fruit, and metaphorical testicles, together in a show at last.

2. There is a story about Don Burke.

3. There is a story about a man whose plums fell out.

4. It’ll make you feel less alone. (Especially if you’ve ever had your plums fall out.)

5. You’ll find out why I would write a whole show about plums and why my husband can go stick that in his plums.

CLAIRE HOOPER – Plums is on at The Cloak Room, Melbourne Town Hall 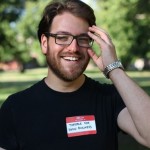 1. I’m like what would happen if you combined Batman, George Clooney,
a vicious mountain lion, a friendly bearded guy and a great sense of
humor, then took out Batman, Clooney and the lion.

2. I am not a serial killer, which is sweet for you from a
personal-safety perspective. See that? I’ve got your back.

3. I have been nominated for a number of prestigious comedy awards,
which indicates that I am quite good at comedy. On the other hand, I
have never actually won any of those awards, because… I don’t know,
I think I’m too Rock n’ Roll or something. Probably, I mean. Look,
it’ll be fine.

4. You like the kindly tone in which I address you, Gentle Reader. 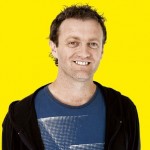 1. It’s on at 9.45pm, which is heaps better than it being on at 9.45am. Because then you’d have to get time off from work, and you’ll probably get back to work just before lunch, then you go to lunch, and you’ve lost half the day on some stupid, shitty comedy show. I mean, amazing show. You’ve had a great day. Let’s go again.

3. It’s at the Forum Theatre, in Flinders Street. Which is the home of the ghost of Tony Barber. If you listen closely, you can still hear him inside the theatre at night, wailing, “I’m not dead. I’m actually Tony Barber. The cleaners locked me in here! And the 25 dollars was behind Collette Mann.”

5. I’m diabetic. But instead of insulin, I need crowds at my show. Or else I go into a fit. Not an epileptic one or anything. More of a hissy one. It’s not great.

Karl Chandler has (Literally) 1.5 million of his finest new jokes is on at Forum Theatre – Pizza Room

The Little Dum Dum Club has risen above a sea of local podcasts to become one of the most downloaded shows out there. It’s nothing fancy, just two blokes having a yarn, plus a special guest. It’s the shows simplicity and gosh darn likeable and self deprecating hosts Tommy Dassalo and Karl Chandler that keeps the listeners and guests coming.

With big success over in the U.S with the Will Ferrell backed “Earwolf Challenge” and the boys about to embark on a run of shows recorded live from the Melbourne International Comedy Festival, the show just keeps going from strength to strength. Karl was kind enough to let me pick his brains to find out a bit more about the show.

How did this beautiful partnership begin, how did you guys meet?
We met whilst working on Channel 31’s Studio A. We didn’t really know each other through standup, and it didn’t take long until Tommy fell for my irresistible charm, Hollywood looks and pleasant odor.

So, the podcast, how did the whole Sha-bang start?
Well, we seemed to enjoy mucking around backstage at Studio A more than actually doing the on-air stuff. We’d make each other laugh a lot before and after gigs, and thought that it was sometimes a lot funnier than what was happening on stage. And we thought a podcast would finally legitimise all the time wasted, hanging out and acting as stupidly as we possibly could.

So what’s the routine? How do you guys prepare every week? Straight into it?
We have a guest every week, so we’ll think about what we want to talk about with them, whether it’s questions about what they’re up to, or subject matter about our own lives that we think they’ll be able to riff on. We do feel the radio host grind a little.. we’re constantly looking around during the week for things to do that we can talk about on the podcast. Real life chews up a lot of content. I find myself praying that my girlfriend does something stupid.

Has your show changed/Evolved away from your original vision of it?
I don’t think the initial idea of the show has changed much. We always wanted a guest in every week, and to simply be as funny as we possibly can. I didn’t forsee us talking as much about our personal life as we have, and getting so many listeners, to be honest. It is that weird thing where you meet people who listen and they know everything about you. That’s when I remember that I’m not just in a little room, talking to a mate. I’m spewing the minutae of my stupid little life onto the internet for thousands of people to listen to instead of doing something productive.

You’ve managed to grab some pretty high profile guests, like Weird Al Yankoic and Marc Maron, how do you go about getting them.
Sometimes we know people, sometimes we know people who know people. Marc Maron was very kind to come and talk to us, and given that’s really how he’s made his name, maybe he felt like he should come and help out another podcast. Or maybe it was because we told him we were Hamish and Andy.

Last year you guys came 2nd in a reality podcast competition ran by U.S digital comedy site “Earwolf” . That must of been exciting?
It was! Tommy organised our entry to start with, and we really didn’t know what was going on.. but it quickly exposed us to thousands more American listeners, and ended up with us in Los Angeles and New York, performing on bills with Azis Ansari and Sarah Silverman.

So you’ve been going for a bit over a year now, who have been some of your favourite guests?
We loved having Shaun Micallef on the show, given than we love him and we were just really keen to try to get a laugh out of him. And we loved having American comedian Paul F. Tompkins on twice. He’s just a lovely, giving man and extremely funny. I think his episodes might be our best ones.

How about shockers? Any guests that just haven’t been into it?
Not really. Everyone who’s done the show has done us a big favour, and even if someone isn’t that into it, we feel it’s our job to cover for that, and be extra funny to make up for it. Having said that, Bob Hope will never be on the show again.

Do you have a dream guest?
We’ve been trying to get Tony Martin since we started, but we think someone must have told him that Mick Molloy is a Dum Dum Club cast member. Either that, or he has a life.

The live shows! Every Monday night during the festival, what have you got in store?
We have three special guests every show, and we’re currently booking big name, surprise guests now. We’re definitely having famous people that we’ve never had on before, and we’re working on some surprises that aren’t usually part of the normal podcast. We really love performing to a live audience, and we’re looking forward to meeting people that come to the show, even if it’s only out the front after the show, giving refunds.