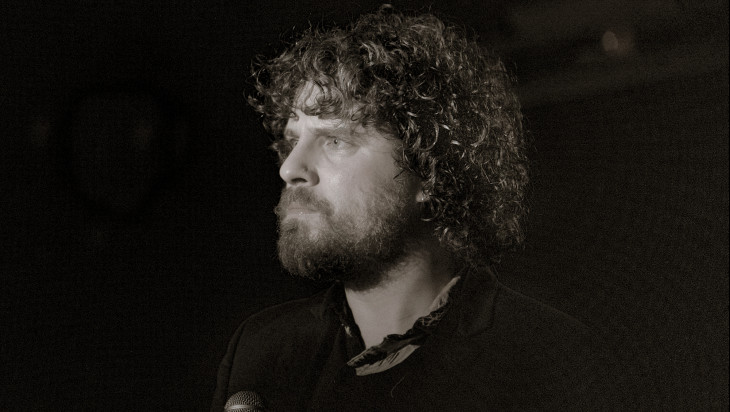 Let me say from the outset that this show has been the highlight of my festival so far. But it won’t be for everyone. Sometimes the things we value the most are the hardest to love.

When Brown says: “I’m not the most likeable guy” you can take his word for it. He doesn’t set out to be liked – with a glint in his eye he revels in discomfort. His material covers a range of too-close-to-the-bone-for-many topics. From men’s mental health to white privilege to intergenerational differences, he never shies away from the tricky discussions – he stares them down and pulls them apart. Importantly, and with traditional contrarian skill, he challenges the audience to examine their own reactions, their long-held beliefs, their own biases and the values upon which these are based. He pays particular attention to the weight we put on the words, rather than the actions of others.

But make no mistake – the discomfort is more than offset by genuinely laugh-out-loud moments. He strikes a remarkable balance. He has a beautiful, considered turn of phrase – and some of his impossibly long set-ups are a real highlight.

It’s not every day that you see a show that needs a prelude. And footnotes. And a mid-point interlude/debrief to make sure everyone’s okay. These are important elements of the work – not only does it allow him to bring the crowd in on his motivations and intentions, they add context and connectedness to the themes. The postlude is really something special.

Future historians could look to this show as an accurate snapshot of the topics dominating social debates in the early 2020s in western culture. Brown offers us the chance to think about them a bit differently.

Sensitive Man is a finely honed piece of work. Every word, every topic has been meticulously chosen. There is nothing accidental in this routine. To me it’s a rare example of handcrafted comedy.

As mentioned before, this show won’t be to everyone’s taste (Brown would describe the unimpressed as ‘hard of humour’). But if you’re partial to stand-up that makes you work a bit, this could be just the show for you. 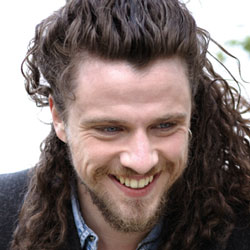 I had heard some good reports about Alfie’s stand-up before the show. Sadly, the evening was a bit of a let down as Alfie harangued the audience throughout the show and there was no cohesion to his material.

I can understand the picking on latecomers, as they are fair game for any comic, but the point in the show where he tried to start a debate on the government’s benefit changes and then told us to shut up so he could get back to the show was where he lost me. He also kept blaming us for not laughing enough at his jokes and constantly lost the thread of his conversation He veered from ranty, ill formed political statements, to how our lives are wasted and we’re all going to die pointlessly, to whining about his recent marriage and how crap sex is, to jumping into the audience and trying to make us uncomfortable with the empty stage.

He did say at one point that he was criticised last year for being too clever and not funny enough. Well, he’s lost the clever part. I can only hope it was a bad night for him and that his humour is not found solely through picking on the very people who have paid to see him (yes, I know Jason Byrne and Brendon Burns have made careers out of audience abuse but that doesn’t always make it funny). I would be interested to see what the other reviewer in the room (who sat next to me with a notepad) writes about this show, as she gave up writing anything at about the twenty minute mark and just sat there with her arms folded).

The Revolting Youth is on at Underbelly, Cowgate at 9.10pm