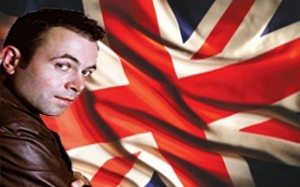 With the purpose of this show being to provide a sampler for all these Brit performers’ full length shows, it was a nice try before-you-buy session with them all putting on great mini shows.

Dan Willis (A Whinging Poms Guide) was the MC for the night and played his role well warming up the crowd with a solid five minute set mixing in banter with the crowd while setting down the ground rules for being in his audience. You’d have to see him to hear why he’s one comic who doesn’t mind usage of mobile phones during his show.

He then invited Gordon Southern (Long Story Short) onto the stage as the first comic who delivered the first of the 15 minute sets. Energetic onstage, he likes to use his sampler to weave in random sound effects and clever rap snippets to get laughs. It can be risky running with material on the fly, but he nailed it (most times) gaining laughs from the crowd. The sampling element represents just a component of his act and he’s got a cheeky persona connecting well with the crowd.

Georgie Carroll (Nurse Case Scenario) was next on stage and it was clear from the get go that she’s razor sharp Brit who would smack down anyone if she ever got in a verbal stoush on the street. Carroll recently moved to Australia from Rochdale (north of Manchester) and is currently working as a nurse which turn out to be the key areas covered during her hour long show. She provided a few samples during the show and had the crowd in tears when she shared some stories about her dealings with bogan druggies. So if you’d like to hear them have the piss drained out of them, check her out.

Raymond Mearns (Rock n Roll Comedian: The Therapy Sessions) is a strapping Scottish comedian who sauntered onto the stage and slipped into his dry humour which is generously laced with self-deprecation. Delivering with a thick Scot accent, he’s a veteran of the circuit in the UK and clearly knows what he’s doing when he’s on the mic. Having worked on a cruise ship as a comedian which stopped by Croatia, he’ll no doubt bring up stories from that trip which would be worth the ticket price to his one-long show.

Markus Birdman (Grim Realities) then rounded off the set and immediately won over the audience over with his stage presence. He is a smooth talker and doesn’t mind using a bit of movement on the stage to compliment his gags. He wove in stories about being a single 40 something guy and used changes in tone and pace to great effect. He’s a polished comic and rounded off the night well and left a great impression with everyone in the room. 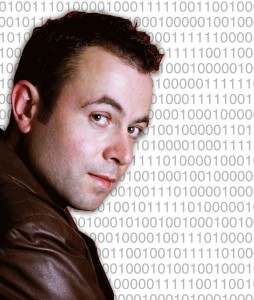 A frequent visitor to these shores (and soon to be resident?), Dan Willis always puts on a solid hour of stand up. If you’ve seen him in previous years you know his modus operandi: choose a topic, mine his personal experiences relating to that topic for laughs and use lots of PowerPoint.

This year with Control Alt Delete he has delved into his previous life as a Computer Programmer. The majority of the show takes a nostalgic view of computers and their place in society. Those of us that have travelled in similar circles to Dan (as well as youngsters who have never seen or heard about this stuff) can chuckle at how primitive things appear in hindsight.

For computer geeks there are plenty of references and jokes aimed squarely at them but Dan takes the time to clarify most of them for the layperson. In the hands of a lesser performer “explaining the jokes” would kill all humour, but he is such a seasoned professional that he can pull it off with ease. This doubling up can also be beneficial as people who get the joke first can chuckle as the penny drops for the rest of the room, giving Dan more bang for his buck.
The scope of the show goes beyond computers by exploring peripheral topics (no, not printers!) and cleverly using this technology as analogies for other situations. These ideas are amusing in their examination of the ridiculousness aspects of life as well as gently poking fun at nerdier types.

Dan is a performer who partakes in a lot of banter with the audience, none of it confrontational. Fellow Computer Programmers are called on to confirm and fill in details about technical information while others are polled about the life decisions described in his stories. Not too much humour is derived from these interactions but they create an atmosphere of inclusion. He does however tend to attract pedantic hecklers which he has some funny stories about.
.
Willis presents a dependable hour of stand up for the Techno-savvy, luddites and everyone in between.

Control, Alt, Delete is on at Sahara Bar & Restaurant
http://www.comedyfestival.com.au/2013/season/shows/the-funny-side-of-computers-control-alt-delete