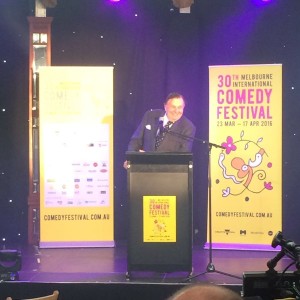 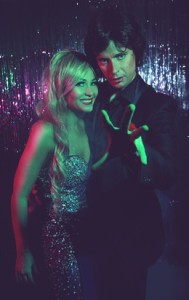 Peter and Bambi Heaven (Asher Treleaven and Gypsy Wood) have travelled down from the Gold Coast and are here to share with us The Magic Inside – a variety show packed with dance, illusion and danger. It’s an hour of oscillating between cringing and laughter, as the duo put all their talents on display.

The Magic Inside is joyfully chaotic. The show is full of slips, near-misses and horrific accidents. As the performance wears on, greater feats are promised and the failures escalate. Acts with names like ‘Wizard Ninja’ are built-up, only to be revealed as pale shadows of what was promised, mostly padded with questionable dance moves and terrifyingly-placed high kicks.

Treleaven and Wood are spectacular as the Heavens. Decked out in sequins, faux fur, and poodle-esque hair, the duo would not look out of place on the line-up at a RSL variety night. It doesn’t matter how off-the-rails their show is going – smiles are plastered on their faces and their enthusiasm is endless.

Treleaven is at his funniest as Peter in his more serious moments, whether he is attempting to perform mime or putting all of his emotion into a piece about the plight of the Great Barrier Reef. Wood is gloriously ditzy as Bambi, her willingness to please only reined in by Peter’s concern. Her specialty boot-scootin’ act is a thing of comedic beauty.

Peter and Bambi Heaven –The Magic Inside has everything you want from a magic show – the cheesiness, the glamour, and the complete dissent into disaster. Treleaven and Wood have created roles they are prefect for, bringing together their circus skills with their talent for complete silliness. This show is absolutely hilarious.