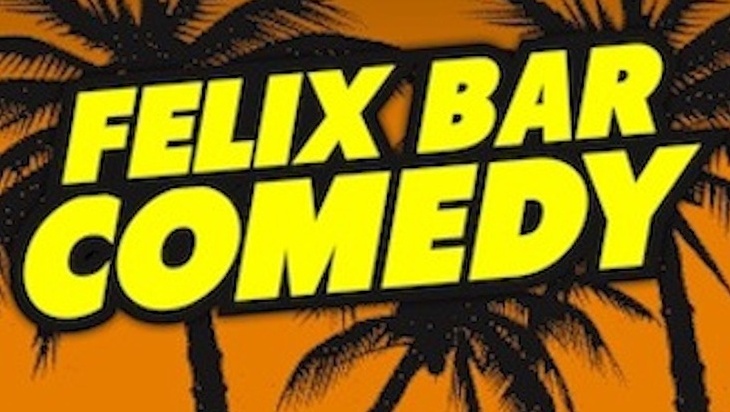 To mark the first official day of the Melbourne International Comedy Festival, a near full-house
witnessed a great night of sample comedy at the Felix Bar in St Kilda. And unlike the measly samples
you get at supermarkets, everyone left this night feeling full to the brim. MC’d skillfully by Matt
Okine, the night provided punters with a taster of the other 7 comics’ shows which are happening
throughout the festival.

The balmy night got off to a great start when it became clear that the crowd didn’t need any extra
gee’ing up. Okine then slammed into his routine and had everyone in his hands throughout the
night as he brought us into his world of money (see: envy), food and… his square-looking nuts.
Great job Matt and do check out Broken Diamond House!

Greg Fleet hit the stage and killed it as per usual. As a taster for his upcoming show, Greg mostly
spoke of drugs in both the sporting and “relaxational” sense. If you ever have a beer with him, ask
him whether he’s ever been recognised for his role as the killer in Neighbours… For more of Fleet,
see: The Boy Who Cried Sober.

Dayne Rathbone (It’s Me Dayne) then came on and kind of took everyone by surprise with his
unique brand of humour. Part of his appeal and funniness comes from his (deliberate) awkward
style of storytelling. However, he closed with a rape joke which seemed to divide the room
somewhat.

Dilruk Jayasinha then hit the stage at a million miles an hour and took everyone through the trials
and tribulations of his love life. Not surprising, he has a show coming up with Adam Francis called
RomCom. No one likes to get dumped and Jayasinha took the crowd through some of the worst
case scenarios of being on the receiving end. He rocked the mic.

The super stylish Rhys Nicholson waltzed onto the stage and gave the audience a lesson in hard
partying, Sydney culture and to use social media to lift yourself out of the dumps. Nicholson thrives
on pushing the sexual envelope and has the slickness to pull it off – then some. Check out: Dawn of
a New Error.

Imagine that Shane Hunter is that Aussie mate of yours who loves telling stories of everything that’s
wrong with humans and/or Australians. Multiple his wit/delivery/timing by 100 and then you have
Shane. I think he’s worked out how the pyramids were made. Hunter is a piss-funny man you’d love
to have at your BBQ. His Festival show is called Help Me Hunter.

Juliet Myers then slammed onto the stage and made use of every second she had. Her high energy
set covered highbrow Brit culture and proves that some people do become über jerks as soon as
they leave their shores. She’s got a massive reputation and proved it’s warranted based on her set.
See: Middle Lane Swimmer.

Damian Power skilfully closed off the night with a power set including an intellectually challenged
sportsman who finds clarity. This guy is a clever man. He then outlines why racist people have
mental deficiencies while pointing out how drugs can have positive effects on motivation levels. If you
like Bill Hicks, you’ll love this guy’s way of thinking. See: Monkeys In Space

Based on audience reaction alone, this night made everyone laugh, was very reasonably priced and
gave an ideal insight into what to expect at the comic’s full length shows. Felix Bar Comedy regularly
attracts funny men and women of the highest order for their Wednesday nights – and they did it
once again.