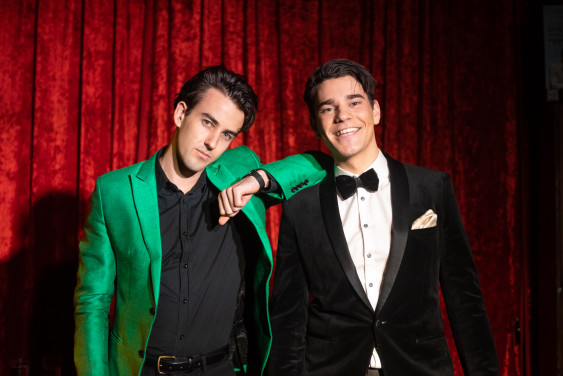 1. This show will be a first-of-its-kind at the Melbourne International Comedy Festival. Witness history in the making.

3. It will be MC’d by Melbourne comedians Sweeney Preston and Ethan Cavanagh who intend to ‘wipe’, ‘swivel’ and ‘random bars’ their way into your hearts.

4. The show will be performed at Melbourne’s famous Trades Hall in response to both Sweeney and Ethan’s parents pleading with them to both learn a trade.

5. A picture says a thousand words, and with more slides than Wet’n’Wild, The Late Nite PowerPoint Comedy Showcase offers more words per dollar than any other show in the Festival.