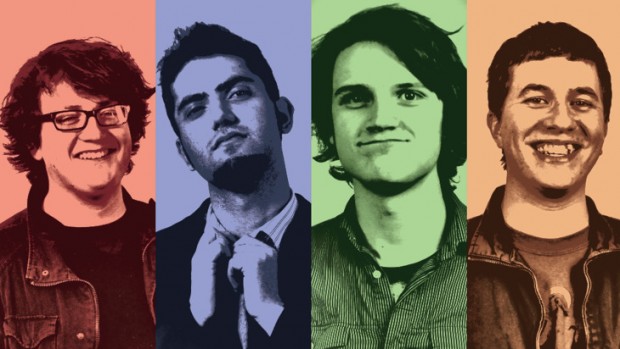 If you’re keen to see some young comics perform before-they-were-famous, check out this show.  Each of the guys are under 19 years old and they nabbed the 22 slots at the Melbourne International Comedy Festival on the back of winning some tough Open Mic nights and scoring some nice writing gigs.

Simon Bower started off proceedings with some musing regarding his unchartered sex life.  Bower’s got an unassuming style about him and clearly has a great sense of what’s funny. Rather than tackle hard issues, there was a common theme which any Gen Y’s and Gen X’s could relate to like relationships & Facebook (hacking). He provided the most laughs when he proved that it’s possible to make date rape funny – by taking the complete piss out of the sleazy perpetrators.

Harris Stuckey then came on to the stage and is definitely onto something with his dead pan style of joke telling. He’s not afraid to push the boundaries of taste and pulled it off when he used the boorish disability joke as a sucker punch for the viewing platform gag. Gold! In terms of general styles, there is a real similarity with Stuckey and Daniel Connell who is another Canberra boy.

Shahed Sharify then completely changed the pace of the night by bounding on the stage and getting straight into his high energy set. He uses his Iranian roots to full comedic effect by playing on 9/11, racism in Australia and his family. However, he proved he’s not a one trick pony when he brought the house down with the creepiest of creepy mating call. He may need to arm himself with reliable backups when the crowd participation doesn’t come off but he’s clearly got the energy and X factor to make it as a comic.

Tim Noonan then came on and started strongly with his onesie gag where one has to imagine themselves seemingly crapping themselves. Eww.  To steal a line from Stuckey, it was simply unpalatable – in a good way!  He obviously likes to take the audience on storytelling journeys to dark places which means he’ll have to gauge audience reactions to ensure he gets a regular flow of laughs at his gigs. For those that dig this sort of stuff, his material is original and hard hitting.  He did make the audience both laugh and groan at the same time when he closed with his First Time story.  Stuckey then joined him on the stage with his guitar and they closed the night with an amusing Tenacious D-style ode to destroying your friend.

Although they do not have the punch-in-the-face sort of delivery (as yet) to suit the types of jokes they tell, they unleashed moments of comedic brilliance during the hour.  Hopefully they absorb as many shows as possible during the festival and return to Canberra ready to OWN their audiences.

The 5:30 Show is on at the Portland Hotel