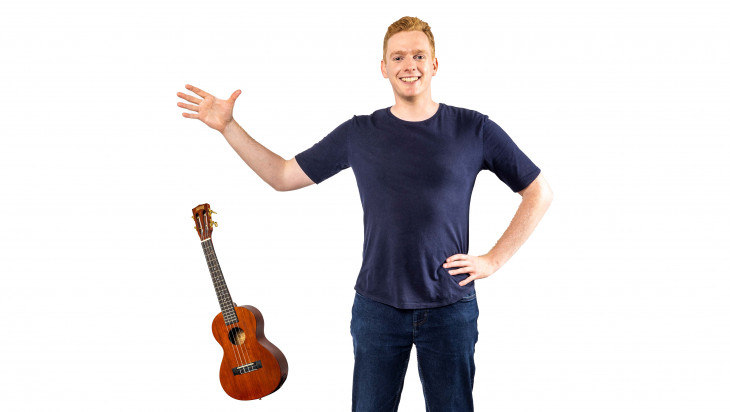 In his show Oops, Callum Staford presented what seemed to be a low rent version of The Play That Goes Wrong. Unfortunately despite his impressive confidence the script was lukewarm and he lacked the skills to pull off this type of material.

There were plenty of clever ideas, some even led to a giggle or two. The constant self-referential comments about his “failings” was heavy-handed and did nothing to cover for the patchy script. We were all on board with the fact that he was deliberately messing things up and performing badly but a lack of comedic exaggeration caused it to sail too close to amateurism. His mime and clowning skills were competent enough, he was certainly unafraid to look foolish, but he didn’t play things big enough or sell it with energy and his timing was often way off. One sketch about a particular Fab Four attempted to get some laughs from a recent documentary but was handled so poorly (even whilst being presented as a bad parody) that it was pure cringe.

The sketches in this show were very silly flights of fancy but ultimately a little lacklustre. Links between sketches were smooth and plentiful but they lacked decent tags to make the scenes worthwhile. The overarching theme of the underdog continually trying and ultimately failing should have has us rallying behind him but he kept the stakes so low that what was intended to be a triumphant finale turned out rather anticlimactic.

The final portion of the show was an attempt at semi-serious introspection that didn’t sit well with all the silly artifice that preceded it. This monologue was wishy washy and the only conclusion we came away with was “Shit happens…deal with it!”

On the positive side, Staford is an affable stage presence and talented musical performer, accompanying himself on keyboard and ukulele, with a singing voice that carries the tunes well. He managed to inject some witty lines into some of the songs and they were at the very least entertaining.

This was a meh performance that frustratingly had a glimmer of potential below the surface that in the hands of someone else could have been great.

Oops is on at Bard’s Apothecary until April 23
https://www.comedyfestival.com.au/2022/shows/callum-straford-oops

1. Hi! This is Callum! I usually leave my marketing stuff in the safe hands of my marketing team, but I thought I’d give this a crack just to get the hang of it!

2. Come see my show!!! It’s at the Palais Theatre, which is an iconic venue!

3. I’ve just received word from my team that my show is in fact not at the Palais, it’s at Bard’s Apothecary. That sounds even better, as that name is even harder to pronounce. We all know that venues with the hardest names to pronounce are the best!

4. Shit – I’m already up to reason 4. I do sketch, musical and stand-up comedy. The material in Oops includes everything from a song titled ‘Things You Shouldn’t Say (If You Want To Get Laid)’ to a sketch involving a guy who is obsessed with sunscreen. What could go wrong?

5. This show is a rejection of perfectionism and a love letter to our mistakes. We leave our overly self-critical brains at the door and have the time of our lives! The show is fun, relatable and full of surprises. I might even make a few mistakes in the performance…. who nows? 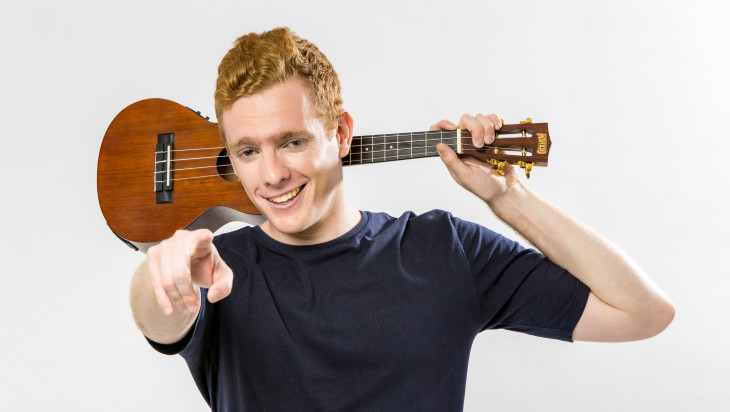 1. Bold sketches, outrageous songs – a night of comedy and entertainment that you will never forget!

2.This show is a love (or hate) letter to all the things that make you stressed and worried. From wooing a potential lover to sleep deprivation – Callum slaps them in the face and sends them packing!

3. This show is at The Butterfly Club, an amazingly quirky venue that is right in the heart of Melbourne’s CBD. The best food & drink are right at your fingertips before or after the show!!

5. Yes! We will say one last thing – If you have read this far without booking…. what are you doing?! Book now!